Right on time for the autumn holidays, we started into the Code Week on a Saturday. We met in the heart of Berlin, at the beautiful Klax Kreativwerkstatt, together with about 100 kids, their parents and some reporters from local TV Stations and newspapers. 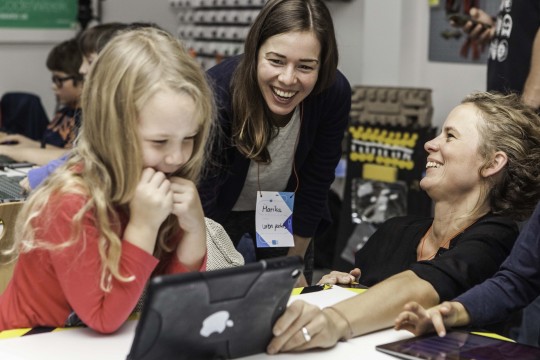 The day began with a short introduction of the different workshops: There was tinkering with hardware, coding objects within the incredibly popular game “Minecraft”, app programming
and digital literacy for the very beginners, a robot fight in the dark, creating your own giant Tetris game and lots of other activities. The kids could then spread out to find their favourite station and learn, play, code, glue, do some handicraft and work on their own projects. 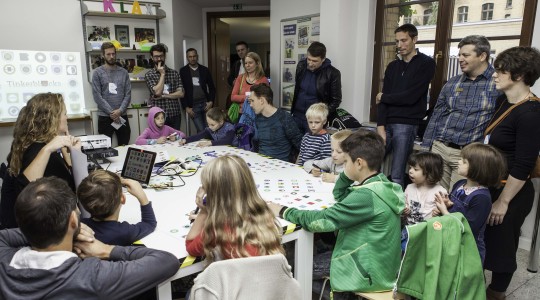 After our lunch break, we gathered to see what was going on in Hamburg, where there was another big opening of the Code Week. We did a short video conversation with the organizers and participants of the Hamburg Code Week and reported what was the most fun here in Berlin so far (apparently everything, according to our interview partner). We also had a video stream to Rotterdam in the Netherlands, where the local Code Week organizer took us on a virtual tour through the city library and all the coding activities there. 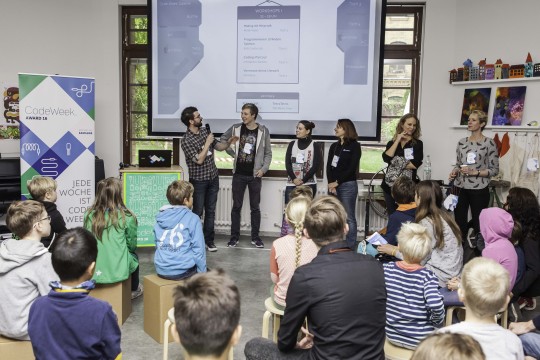 We spent some more time in the afternoon workshops, playing with micro computers, measuring environmental data and creating our own computer games.Together we met again in the big hall of the Kreativwerkstatt and cheered the winners of the Code Week Award and the Coding in Education Award. 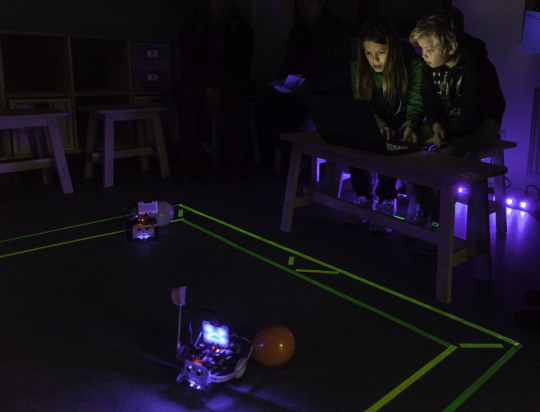 Our opening was the kick-off for lots of events all over Germany taking place in libraries, schools, youth clubs and community centres, introducing coding activities mostly to children and youngsters interested in computers, robots, programming and hacker culture.