On Saturday 15 October 2016 the first Catalan European Code Week event took place. It was the 2nd edition of the App Inventor Day, a full morning for teachers to learn how to code with App Inventor and how to use the app with their pupils in class.

Almost 100 teachers participated. They were divided into three groups – basic, medium or advanced – depending on their background. The teachers worked in pairs and there was a challenge
for every level. 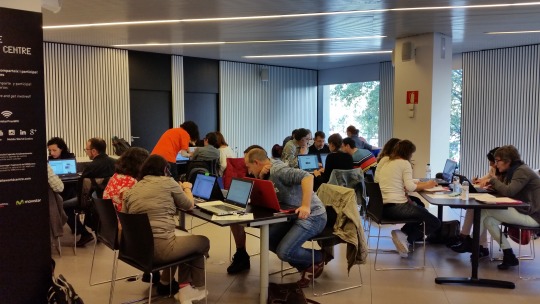 Teachers in the basic level were asked to programme an app that could take a picture and allowed to paint it using your finger. They were also asked to make a sums game, where the users had to answer questions with their voice and the device fed-back whether the answer was correct or if they had to try again.

For the teachers at medium level the exercise was to choose a couple of places in a town from a list that they had previously built. Put these places as points on Google maps and then draw the paths to the places from where the users were.

At the advanced level, teachers programmed an app that acted like a quiz played along an itinerary with QR codes placed inside the school. The codes were linked to a database and showed
a question with a multiple choice answer and the app returned a “right” or “wrong” feedback.  When the app read the QR code in the library, the app connected to open data provided by the administration and showed all the libraries in the region. The user had to choose which one was the nearest library and the app would give feedback “Right” or “Wrong”. 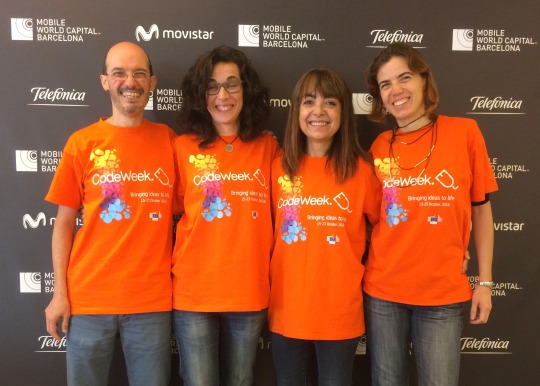