Students of the Hugo Badalić Elementary School from Slavonski Brod, Croatia marked this year’s Europe Code Week with various activities. It is a social initiative aimed at bringing programming and digital literacy closer to everyone in a fun and engaging way. Learning programming helps students understand the rapidly changing world around them, broaden their understanding of how technology works, and develop skills and abilities to explore new ideas and be innovative. 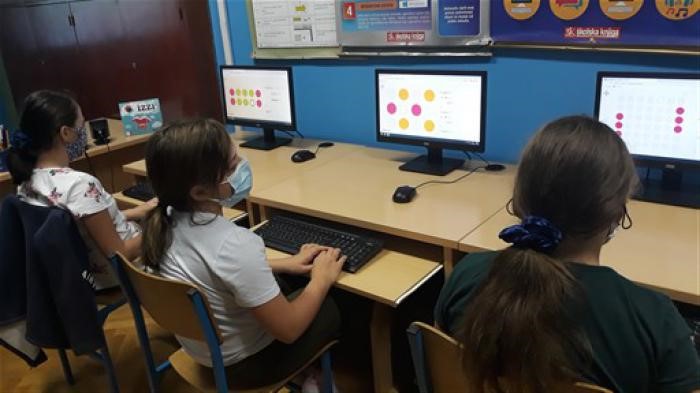 Our eighth-graders marked Europe Code Week with a game-design activity in JavaScript. They changed the coordinates of characters in the game, changed the appearance of the characters, added elements and determined the tasks of the characters (gold coins that a character should collect). They created additional players (because the multiplayer mode is always more fun), and determined which keys on the keyboard would be used for commands. To make the game even more entertaining, they added enemies (can’t do without them!) that would interfere with the characters and created a background for the game. This was a great way for students to learn something new in an online environment, in this case, the basics of programming in JavaScript!

Seventh-graders practised robotics with unusual algorithmic and problem-solving tasks. They worked with Robot Restaurant Puzzler and programmed the robot in the restaurant to arrange the restaurant, get to the table (in different ways, following orders, repeating orders, different conditions) and serve guests (by bringing the right order, of course). This activity was part of an international eTwinning project called “Code an AI”. 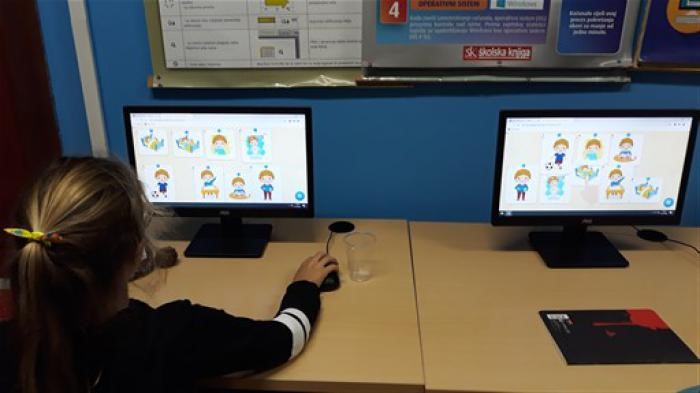 Sixth-graders swapped their roles with this of a computer. They read, and interpreted programs in the online application Compute it! to find the right path to the goal and complete the challenges. They had to focus and use their intuitive abilities to understand some basic programming concepts. The implemented activity is one of the activities of an international eTwinning project called “Code 4 Europe”.

Fifth-graders programmed a robot on the Lightbot website. The goal of the activity was to reach the blue square where they were supposed to turn on the light. Although some tasks seemed impossible to solve, the students did not give up. The implemented activity is one of the activities of the international eTwinning project called “Let’s Code Together”. 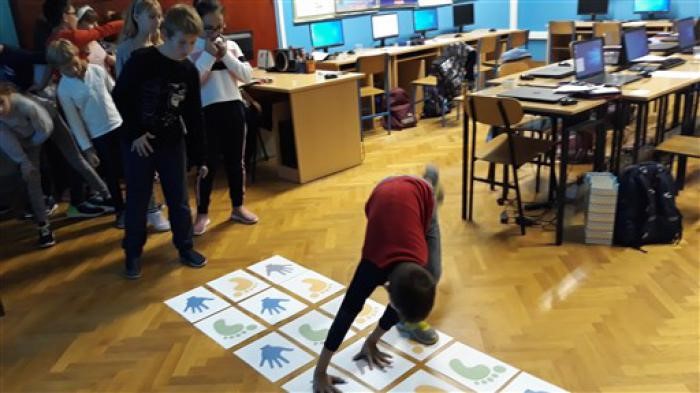 The third-grade students at our school marked EU Code Week 2020 with unplugged activities. After the students learned what an algorithm is (a series of precise instructions that help solve a problem), and listed examples of algorithms from everyday life, like a cake recipe, washing hands, getting ready for school, the way to school, etc. Afterwards, tstudents successfully arranged the steps in three online activities: planting a plant, a boy’s working day, baking a cake. Another activity they enjoyed was aligning the steps for an algorithm on how to ceate an unusual character, and then drew, coloured and named the unusual character according to these steps. In the next activity, called Penguin algorithm brrr, they had to determine which path they wanted to take – from start to finish. Once they chose the path, they placed arrows on the map in each space along their path. The arrows were pointing in the direction they needed to go to get from one square to another. The last task was the most interesting one. According to the pre-set instructions, the students had to cross a polygon according to instructions given by others as quickly as possible and without error (which arm (s) and leg (s) to use in each part of the polygon). 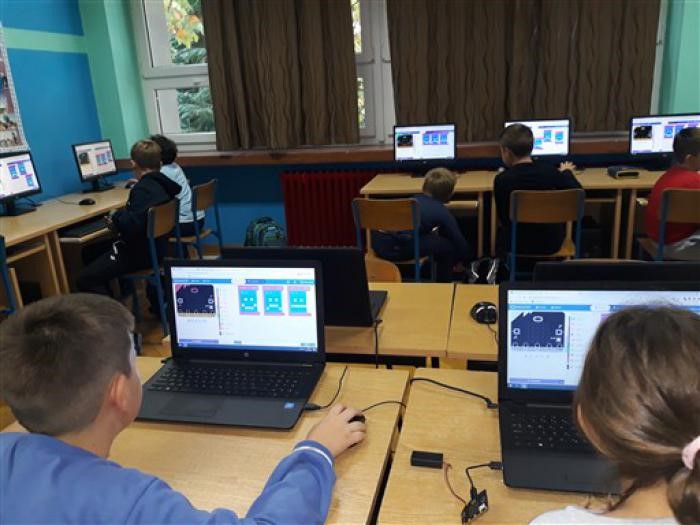 As part of Europe Code Week, third-graders were also introduced to the micro: bit microcomputer. Before starting to work with micro:bit, they had to assamble the micro:bit, and then connect it to the computer. Programming could then begin. They used Microsoft MakeCode for micro:bit, a program editor, and created their first program, which they executed later on. The implemented activity is one of the activities of the international eTwinning project called “Microcircuits for Mega solutions”.