Rails Girls is a movement that started in Finland about 6 years ago as a one day event, and took off like a snowball being replicated hundred of times by now all over the world. 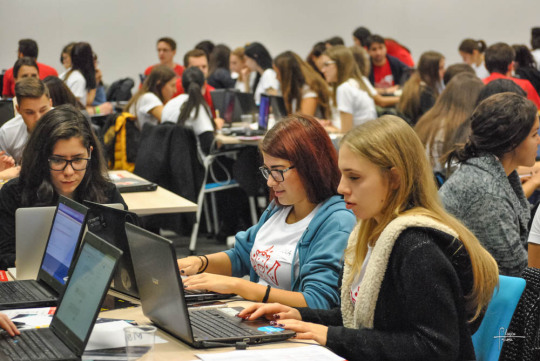 We usually reach 25-30 participants from various backgrounds, mainly non-technical ones. Because we felt like we needed a new challenge, we decided to apply for a grant from Google, awarded especially for events happening during Europe Code Week. And guess what: our application was approved, and with the financial support from Google, we had the most amazing edition so far! How? Read on for more details. 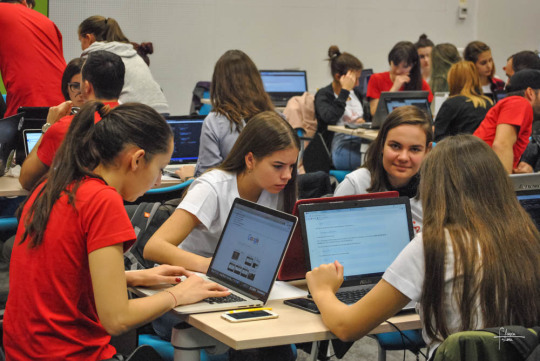 Contrary to other editions, this time we targeted high school girls as our audience in order to show them what they can do with technology before they decide on their career path. Although Romania is on top of the list of countries with the highest percentage for women working in engineering fields, the gap is still large and this is our way to improve it. 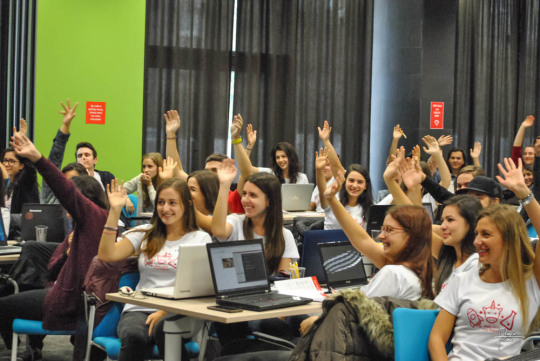 The event started on Friday afternoon, when we had the installation party: 3 hours with mentors that helped girls to install the pre-requirements for our tutorial (i.e. Ruby, Ruby on Rails and a text editor). On Saturday we started early, with breakfast for all girls and mentors at 09:00, and by 10:00 we started with the official opening of the event: mentally preparing the girls for the day and thanking all the involved parts to make this happen: participants, mentors, organizers and sponsors. 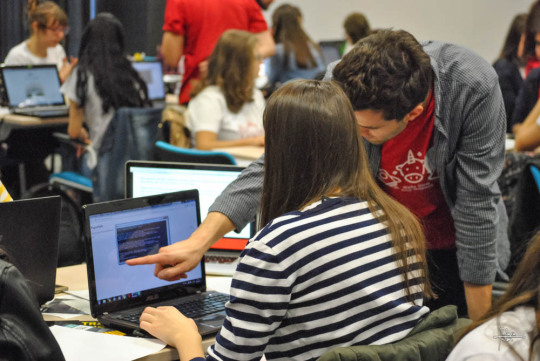 The girls formed groups of 4 and were assigned a mentor, which was a challenge since we usually have a ratio of 2 girls per mentor and sometimes even 1:1. Some groups followed the Rails Girls website tutorial, while some others worked on a tutorial prepared by our own community. Besides the coding part, we also had two presentations on ‘How the web works’ and ‘Object Oriented Programming’, to answer some general questions.

To revise what we learned, we finished the mentoring part with a fun quiz for all the participants, and shared cool prizes with the top 7 girls! Last but not least, mentors gave lightning talks of maximum 5 minutes, where they approached topics such as: how to go on learning, what is open source and more information about Code Week. 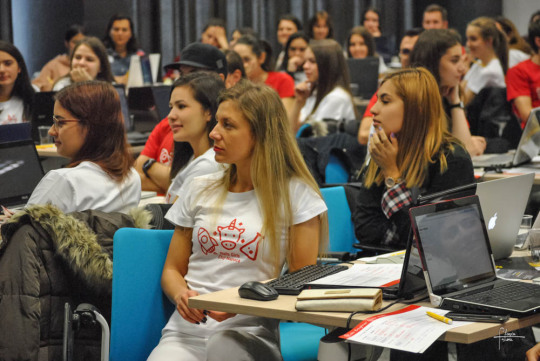 As far as numbers are concerned, we had 117 applicants, surpassing our initial target of 100. Eventually we had 84 confirmed and actual participants. These were mentored by 25 coaches, three of them being also part of the organising team from The Segmente Association. To reach high school students, we have reached out to ITC teachers all over Cluj and its surrounding cities and we were positively surprised to have participants from Gherla and Dej, two cities 20-30 km away from Cluj.

The feedback we received was very good and during the day the girls expressed their interest to attend more regular meetings. Moreover, some participants proposed to organize a similar event for the 7th and 8th grade, for students before they choose technical profiles for high school. Seeing this enthusiasm made us proud and willing to contribute to such activities. 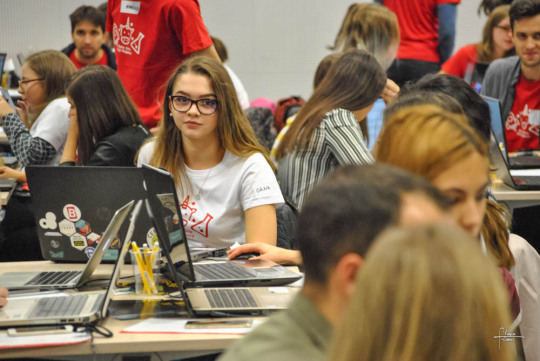 We couldn’t have made it without our partners’ support: starting with Google who was moved by our mission and continuing with our long-time partners, Telenav, PitechPlus and 3 Pillar Global. The Office staff were kind enough to offer us their room, given the amount of people we were.

This event, although the most difficult to organize of all six editions, has brought us a new perspective in terms of the impact we can have. We will surely not stop here and continue organizing events where girls are empowered and mentors get their fair share of learning. It’s a win-win-win for all of us: participants, mentors and partners. Thank you all for being part of it!