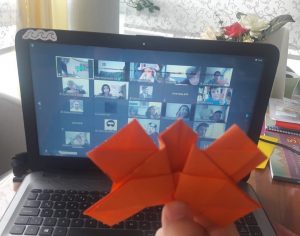 Fifth and sixth grade students had the opportunity to think algorithmically thanks to origami, the art of paper folding, during EU Code Week.

Children who apply the folding commands with the guidance of the trainers gain skills such as algorithmic thinking, problem solving, critical thinking, communication, collaboration and effective use of technology, which form the basis of coding education and serves as for computerized coding education.

While planning for EU Code Week 2021, IB MYP Design and ICT Teacher Yasemin Küçükyilmaz found an algorithmic origami teacher training on Facebook led by Linda Lookman, the founder and president of the Indonesian Origami Association. “I thought that if I implemented this training for my pupils as well, it would be a great experience for them to gain algorithmic thinking skills”.

Yasemin explains that origami helps children learn basic algorithm skills through paper art. “Since their abstract intelligence is not fully developed, they have difficulty in comprehending abstract issues, so they need to experience it.”

“For pupils to understand the logic of coding, they need to touch and develop their manual dexterity. With origami, they can learn the algorithm structure very well, their communication between the brain and the muscle improves. That’s why we chose coding origami without a computer. We saw origami as the best method in this age group.”

Pupils who participated in the training enjoyed folding colourful paper, while undergoing a learning process. Some of them had never done figures from paper before, so the training also brought an element of discovery and surprise, which is key to keep children engaged in an activity.

And as they finished the virtual activity with their various creations, Yasemin started thinking about next steps. “The second stage of education is to transfer what they have learned in origami to the computer.” 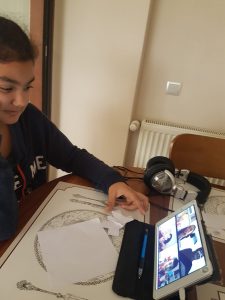 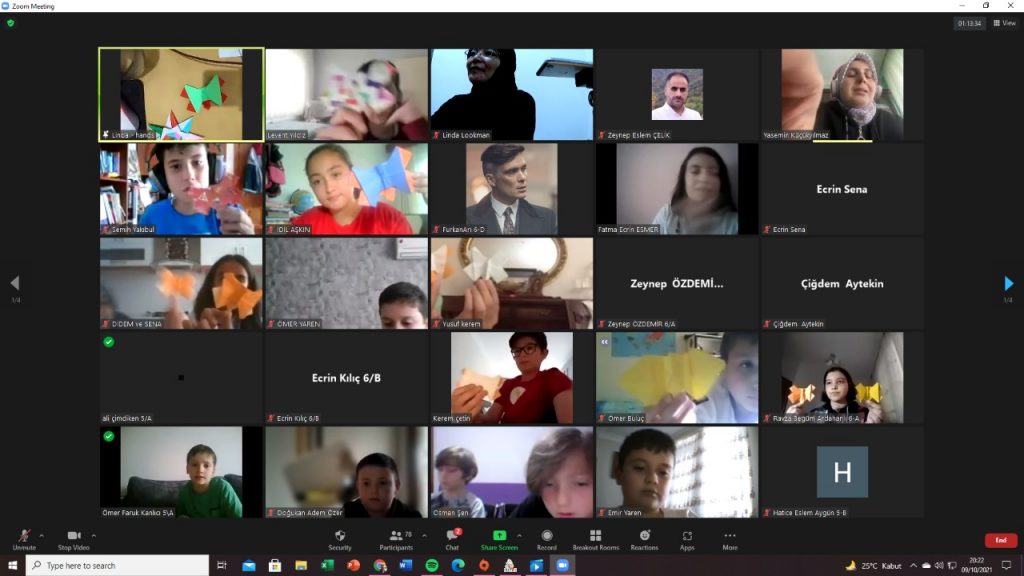