Assembling and programing with the LEGO Spike Prime Kit

Each year our secondary school in Serbia participates in Europe Code Week. The school centre “Nikola Tesla” is named after the famous scientist and resides in a town called Vrsac. The school has around 500 students from ages 14 and up, participating in fields of study such as mechanical engineering, electronics, economics and computer science. 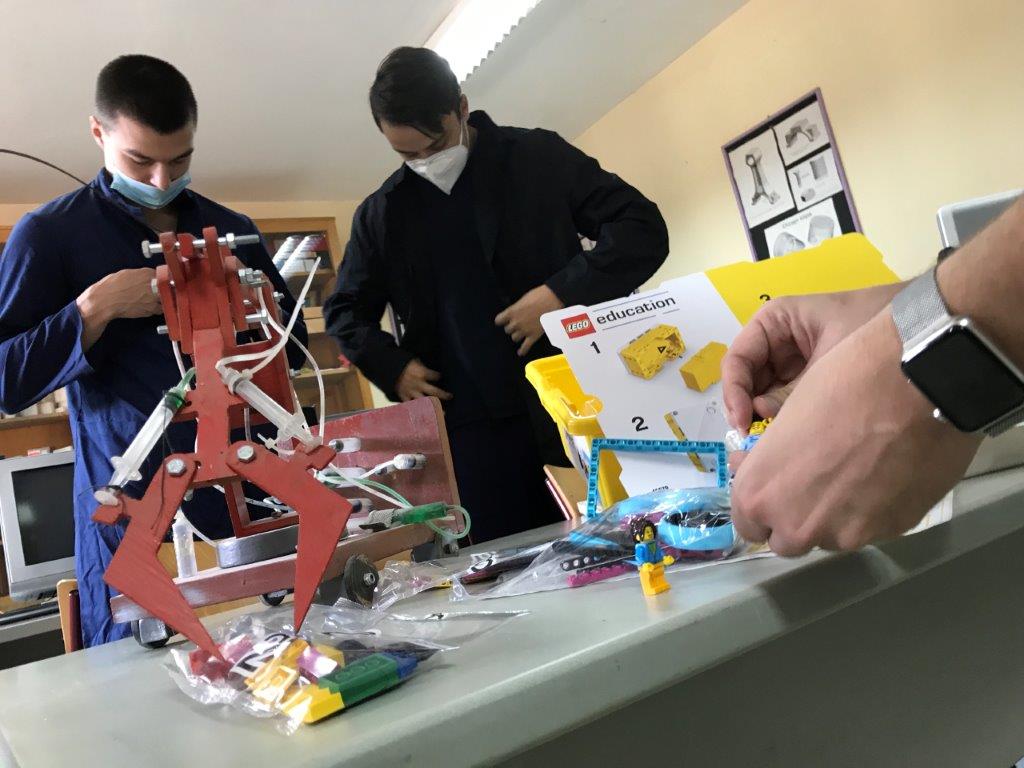 This year, I was visited by my former pupils of mechanical engineering, who are today students of the Department of Information Technology at the High School (University) in Zrenjanin. We decided to take this opportunity to assemble and try out the “LEGO Prime Kit”. 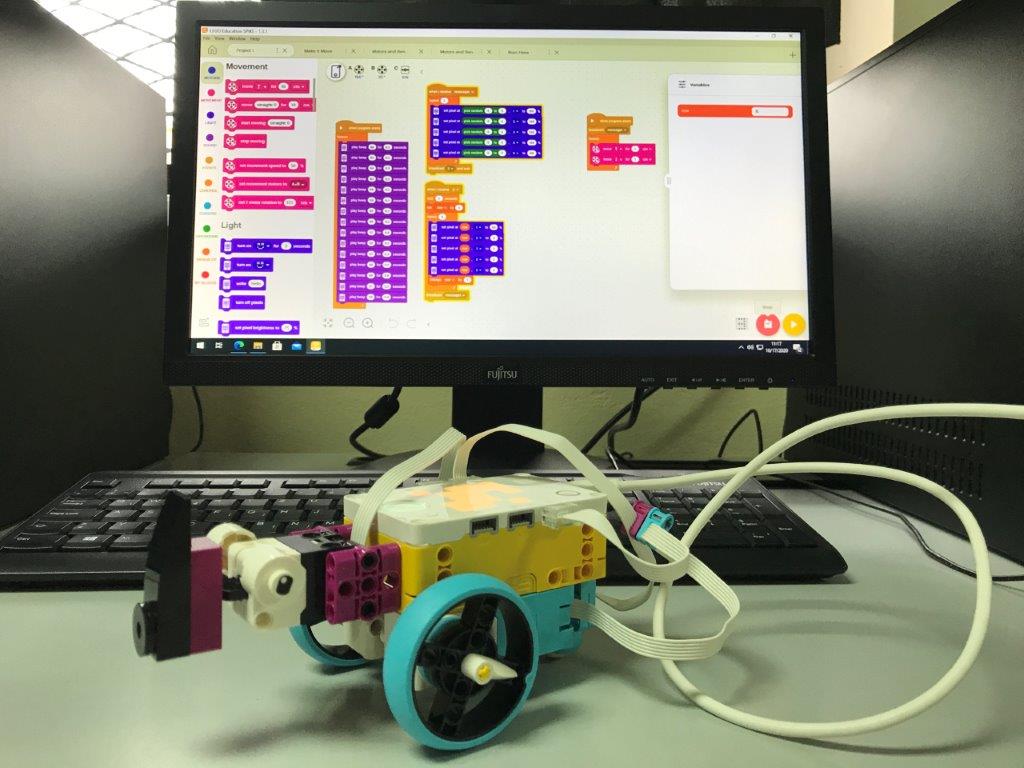 During the CodeWeek event, our I.T. students had the opportunity to write several programs for the new LEGO Spike Prime robot, which we received as a gift from the LEGO Education company through the European Schoolnet Academy. We’ve downloaded the app on a computer and connected it to the hub via USB. We read the instructions and using blocks of codes, the students were able to set the movements of the robot, write and show messages on the display, as well as to add visual and sound effects. 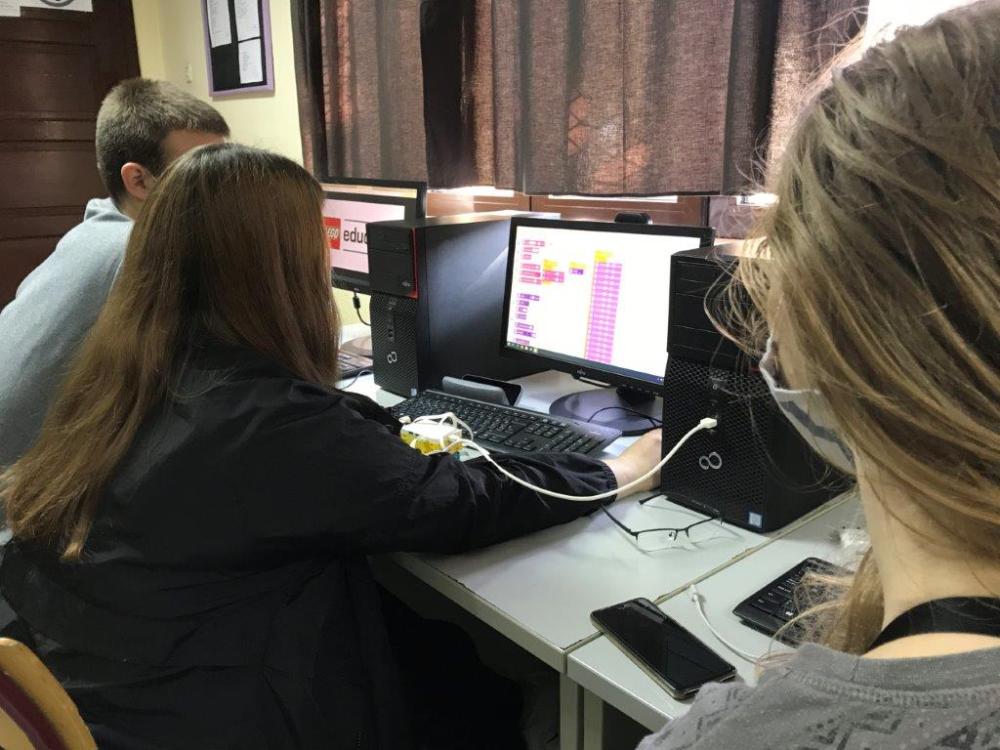 This event is useful for the pupils because it sparks creative and innovative thinking and even generates teamwork and friendships among participants. It also shows us how technology can be used with programming, but it isn’t always about learning, instead, about tinkering and having fun with coding.