Outcome of the domain B. Computer thinking and programming of third grade students in the elective subject of informatics (B.3.1 after the third year of studying the subject of Informatics in the domain Computer thinking and programming the student creates a program using a visual environment in which the help of a teacher evaluates your solution) we achieved interesting unplugged and computer Christmas activities.

At the beginning of the class, the students were given the task to put together a picture of Santa Claus from as many as 25 puzzles. 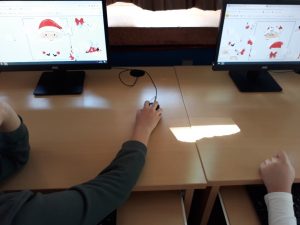 We already know that students love pixel art tasks. And that’s why the students solved three types of Christmas pixel art tasks. In the first task, they were given half of the drawings, and the students added the other half. In the second task, the students filled in the empty squares with certain colors, following certain instructions (color and mark of the square – in which row and column the square is located). In the third task, students made a drawing of a little penguin with sticks (each student made two rows of pixels of one picture.) 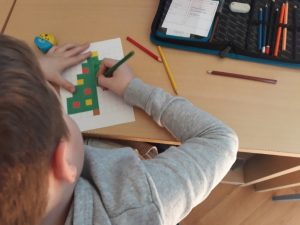 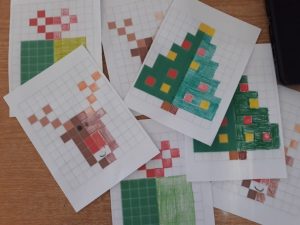 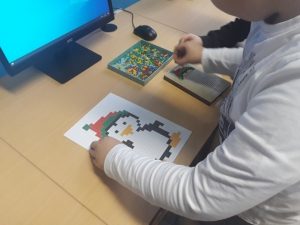 In next unplugged activity, students drew a snowman and a gingerbread by throwing a dice to determine which part of the proposed activity they would draw. In this activity, they used decision or branching in an interesting way (since they didn’t have dice, they used digital dice) 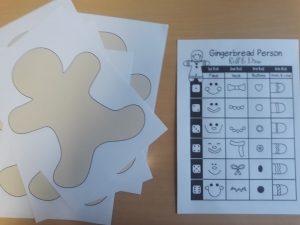 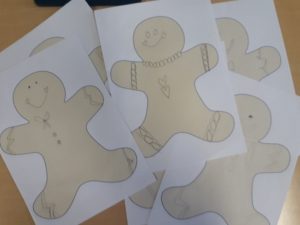 The students were delighted with the sudoku tasks, but with pictures suitable for Christmas and New Year. They solved simpler sudoku tasks and one complex task with as many as nine different images without any problems. 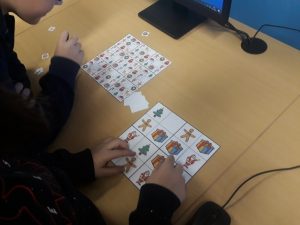 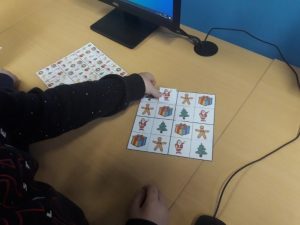 In Santa Tracker, students helped Santa prepare for a selfie, wrapped presents, played a quick sketch game with a robot, danced with elves, and ended up in a coding lab where they helped Santa stack order blocks to reach for his gifts. 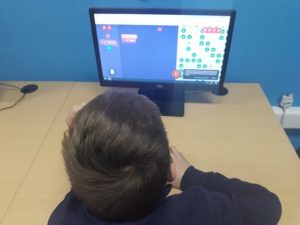 In order to congratulate the students, the teacher prepared a slightly different greeting card for all third grade students. Namely, they had to decipher what was written in the greeting card. 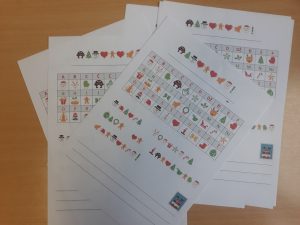 In the last activity, they programmed their micro: bits and they are already real masters at it. To make it even more fun, the students were given one letter (which they pulled out of the box) on paper that they had to display on their micro: bits. They then put all the micro: bits on one table and researched which message they created together. In the end, they put together a micro: bit greeting card with the wish ‘HAPPY HOLIDAYS!’.