The Finch robots came to Bulgaria in 2016 when Global Libraries – Bulgaria Foundation and the Embassy of the United States in Sofia worked together to reach out to young people and introduce skills and resources that open avenues of information and present innovative approaches. Staff members of ten public libraries participated in a train-the trainer course before organizing during the 2016 Europe Code Week 51 workshops where young people made their first steps in programming in a fun way. There was a huge interest in the largely promoted by both central and local press workshops and more libraries, approached by their users, expressed interest in participating in the 2017 Code Week events. 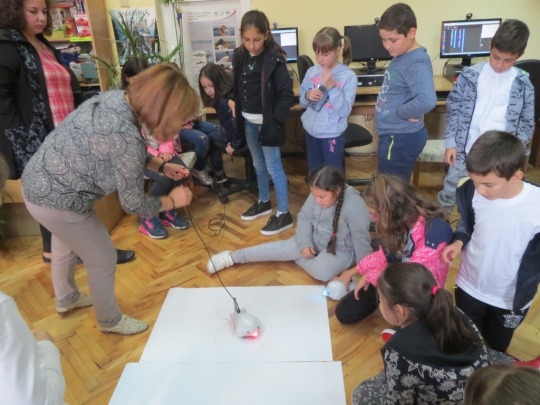 The results exceeded our expectations. The 19 participating libraries received multiple requests from schools and libraries in their regions and the workshops organized during 2017 Europe Code Week were close to 200 instead of the initially planned 120, reaching out to over 3,000 young people. In many cases librarians also traveled to small cities and villages in the region and in 42 settlements kids and students had inspiring hands-on experience in coding. 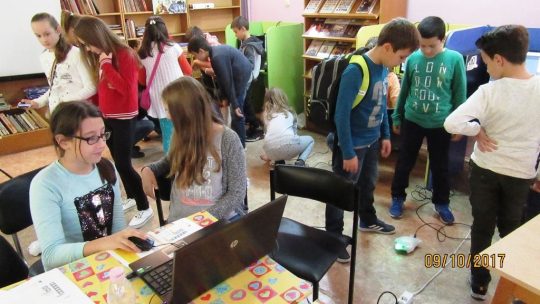 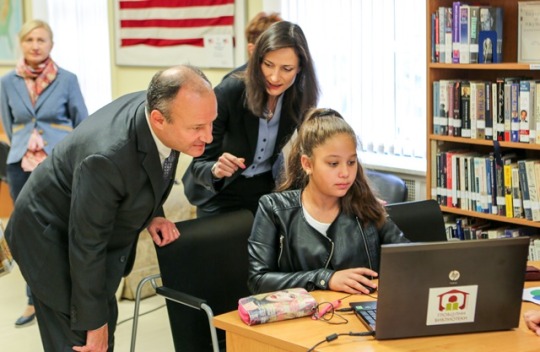 Mihail Svirachev from the Plovdiv Regional Library organized 10 workshops in the neighboring villages in addition to another 15 that he did at the library. In Dimitrovgrad, the interest in Finch Robots provoked the organization of Programming Basics workshop organized by the city library in cooperation with the Software University. 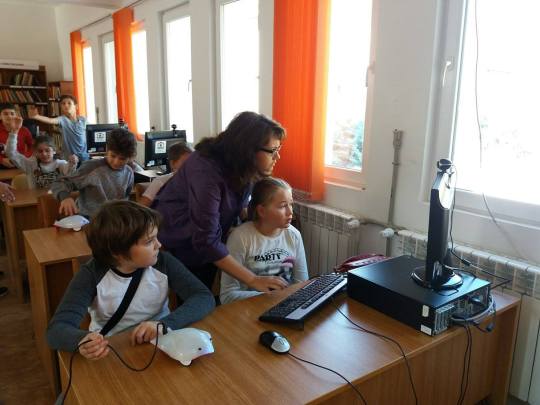 Global Libraries – Bulgaria Foundation participated in the Generation Code: Born at the Library – an interactive exhibition showcasing the top innovative digital exhibits from public libraries across the EU. It was organized by Public Libraries 2020 and took place at the European Parliament in Brussels on October 17–18. 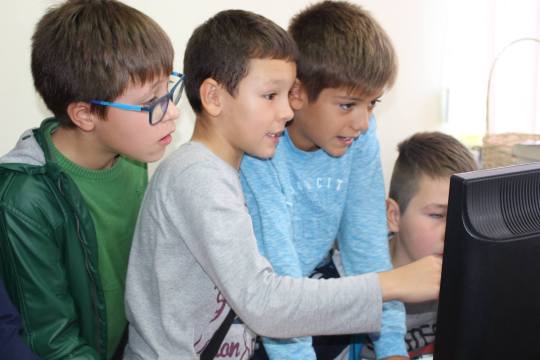 Libraries are planning new programs designed to inspire students by providing them a tangible and physical representation of their code. They have already made arrangements with schools to loan them Finch robots, so that they can be use them in IT classes. A procedure for signing up for coding workshops throughout the year exists in all libraries participating in the initiative – the regional libraries in Burgas, Varna, Veliko tarnovo, Vidin, Vratsa, Gabrovo, Kyustendil, Montana, Plovdiv, Razgrad, Ruse, Sliven, Smolyan, Sofia, Stara Zagora, Targovishte, Shumen and Haskovo and the city library in Dimitrovgrad. 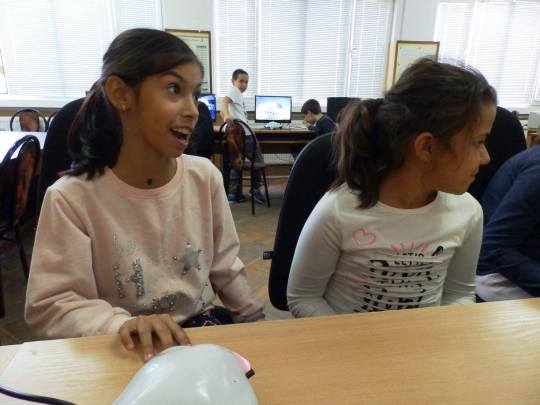