Code Week Estonia – How to programme a bug

Text and photos by Madli Leikop

From 15-23 October 2016 more than a hundred different ProgeTiiger workshops were organised around Estonia by teachers, hobby group instructors, parents and other enthusiasts. The aim: to introduce youngsters to the basic tenets of the use of technology. The workshops were arranged as part of the European Code Week and were free of charge.

Two CodeBug programming workshops were held at Tallinn City Centre School on 20 October. CodeBug is a tiny electronic widget whose similarities to actual bugs start and end with the
fact that it fits in the palm of your hand – after all, how many other bugs have 25 teeny-weeny LEDs on their bellies that can be lit up at the whim of the programmer? 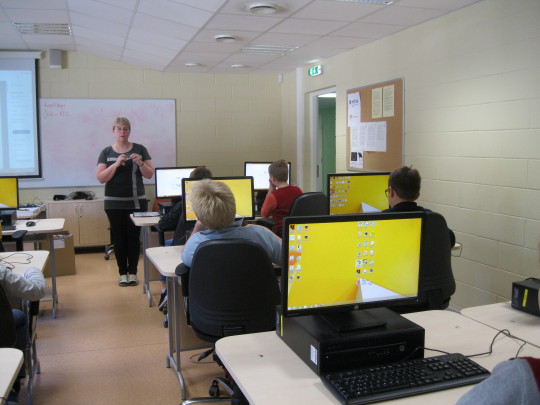 The workshops were attended by students from the school itself and others from outside the school – including as far away as Finland, from which an Estonian student attending school there
had come to stay with his grandparents for the school holidays and found his way to the workshop. The group predominantly comprised boys and girls aged 10 and 11, but there were also older students. The workshops were led by highly experienced robotics teacher Marika Reinmets, who has a doctorate in informatics from the University of Tartu. 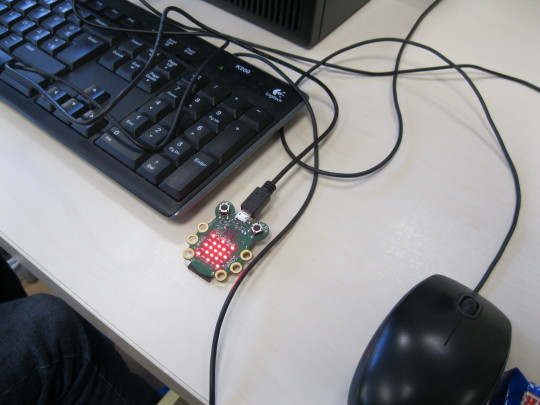 To start with, the students learnt about the technical aspects of CodeBug: that there is only enough room in the little widget’s head for one programme at a time, that the cables need to be connected so that the lights on its underbelly can be made to spell out words and form shapes depending on the skills and wishes of the programmer and that the most complicated thing is getting the programme from the computer into CodeBug itself. “So much fun from such a little thing!” the teacher enthused, handing out the widgets and putting the students to work.

They absorbed the technical details at unbelievable speed, with the first few programmes being completed very quickly. Some programmed the lights on the bug to form a heart; others arrows; others squares and smiley faces. It almost felt like a competition – who could programme the most interesting shape with the greatest amount of movement? Very rarely was the teacher called on for help: only when CodeBug failed to respond in the way the students were expecting. “Miss, miss! The lights aren’t flashing!” 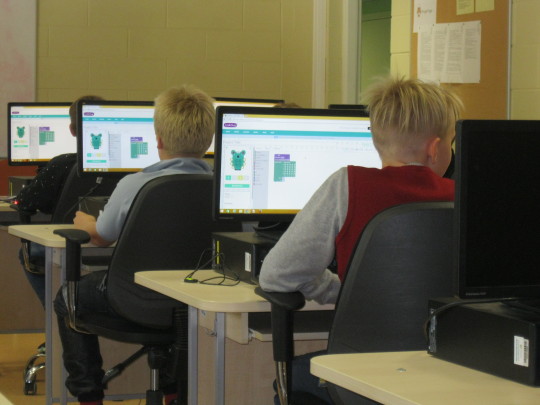 Getting to grips with such basic programming is quite easy: the blocks with their commands already exist and are easy to distinguish thanks to the colours used, and simply have to be put in the right order on the computer screen. I asked Marika how much of the process involved the kids really putting their mind to the task and how much of it was them just using what they were given. “Oh, they had to think about it the whole time!” she said. “That said, when they started programming the shapes to move, it was trial and error – which is a perfectly respectable way of learning in its own right, of course!

They did pictures first, but then they started coming up with the really exciting shapes. If kids don’t learn anything about programming it’s not the end of the world, but even learning just a little fosters logical thinking and gets them to see the connections between one activity and another, cause and effect, and how everything goes together. If you change one thing in programming, the picture changes instantly, and the kids realise it’s the result of what they’ve just done. CodeBug’s designed for kids, so everything has to be easy for them to understand.”