Code Week EU 2016 – Skill up for the digital world with #codeEU!

The 4th edition of Code Week EU is four months away! Between 15 and 23 October, millions of children, young adults, adults, parents, teachers, entrepreneurs, and policy makers will again come together at events, in classrooms and libraries across Europe and beyond to learn to create with code. 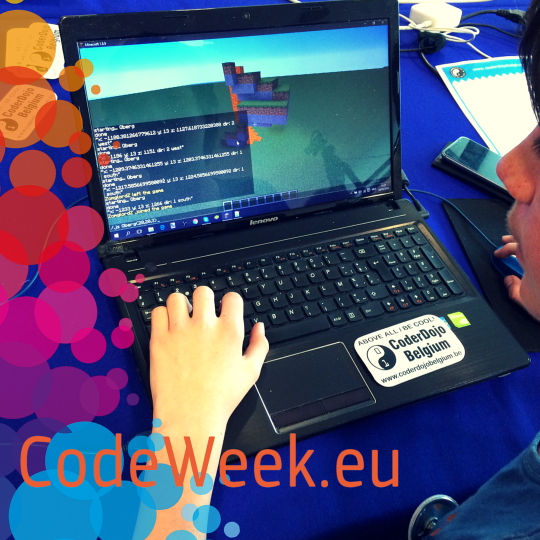 EU Code Week is a grass-root movement run by volunteers who promote coding in their countries as Code Week Ambassadors. Last year more than half a million people participated in nearly 8,000 coding events in 46 countries in Europe and beyond. This year Code Week is teaming up with Public Libraries 2020, a network of 65.000 local libraries in the EU. They aim to organise coding workshops in local libraries around Europe.

As in 2015, schools are invited to organise coding events under the CodeWeek4All challenge involving as many students and pupils as possible. Schools who reach at least a 50% participation rate will receive a Certificate of Excellence in Coding Literacy. Last year 600 schools participated in the challenge and the certificate of excellency was acquired by over 200 schools.

European Commission Vice-President for the Digital Single Market Andrus Ansip said: “Digital skills are essential for everyone in the 21st century. Coding is a fun and engaging way to learn IT and to do so in a collaborative environment. This year we must make sure that everyone across Europe can participate in Code Week – and this is why I welcome partnerships with local and regional authorities, public libraries and associations for young people”.

“We need to speed up the upgrading of digital skills, including coding. If you want to be successful at your job, in your business and in the production sector you need to have a portfolio of digital skills. EU Code Week provides an opportunity to learn a digital skill that is essential on the job market.”

“Coding turns intuitions into solutions, ideas into innovation. Computational thinking unleashes the potential of creativity. It’s not about technology, it’s a matter of personal empowerment. Don’t miss the opportunity learn some coding during Europe Code Week 2016 and share the thrill with your family, pupils and students, friends as well as with millions of people around the world.”

Code Week  EU – join and code it your way!

Everyone can create with code.

• Teachers can hold coding classes, share their lessons plans, organise workshops for colleagues, invite coaches and parents who know how to code to share their experience and take part in the CodeWeek4All challenge

• Parents can encourage their kids to participate in a coding workshop

• Businesses and non-profit organisations can host coding workshops, lend their staff as coaches in a “back-to-coach” action, organise fun coding challenges for students or offer sponsorship for coding events

• Everyone who participates in a coding activity can share their experience and inspire others!

Check out our toolkits and start planning your event. Don’t forget to add your event to the Code Week map!

EU Code Week was launched in 2013 by the Young Advisors for the Digital Agenda to the European Commission and keeps on growing. The Commission supports EU Code Week as part of its strategy for a Digital Single Market. The Commission will also address digital skills in a skills initiative foreseen in June 2016.

The initiative has attracted the support of coding and education movements like CoderDojo and RailsGirls. Under the Grand Coalition for Digital Jobs Microsoft, SAP, Liberty Global and Facebook together with European Schoolnet have launched the EU Coding Initiative and many more Grand Coalition partners organise events during EU Code Week.

Inspired by the EU Code Week, Africa Code Week is organised already for the 2nd time, after a successful 2015 kick-off with almost 80.000 children and young people coding across the continent.  Led by a multi-stakeholder partnership, Africa Code Week will be taking place in 10 African countries with thousands of coding events for kids and adults expected.

See also:
New record for the EU Code Week: more than half a million people took part in 2015