To make digital literacy a part of Europeans’ skillset has been on the agenda of the EU for a while, even more so with the challenges schools and other educational institutions are facing in 2020. But this time, we took a different, hands-on approach to spread digital awareness and brought members of the European Parliament and kids who know their way around Scratch together to organise the first of its kind online workshop – “Code with your MEP”.

The workshop took place on 14 October 2020 as one of the Code Week featured activities. Jakub Kajtman from the European Commission welcomed members of the European Parliament, Margo Tinawi from Techies Lab, together with her students, Ilona Kish, Director of Public Libraries 2030 and other teachers from all over Europe to learn more about programming together and recreate the Code Week Dance on Scratch. Some of the MEPs who joined were Luděk Niedermayer, Tomasz Frankowski, Christophe Hansen and Seán Kelly from the European People’s Party, Mikuláš Peksa from the Pirate Party and Victor Negrescu from the Social Democratic Party. Over 140 Code Week participants were also able to follow the online workshop and create their projects in Scratch. 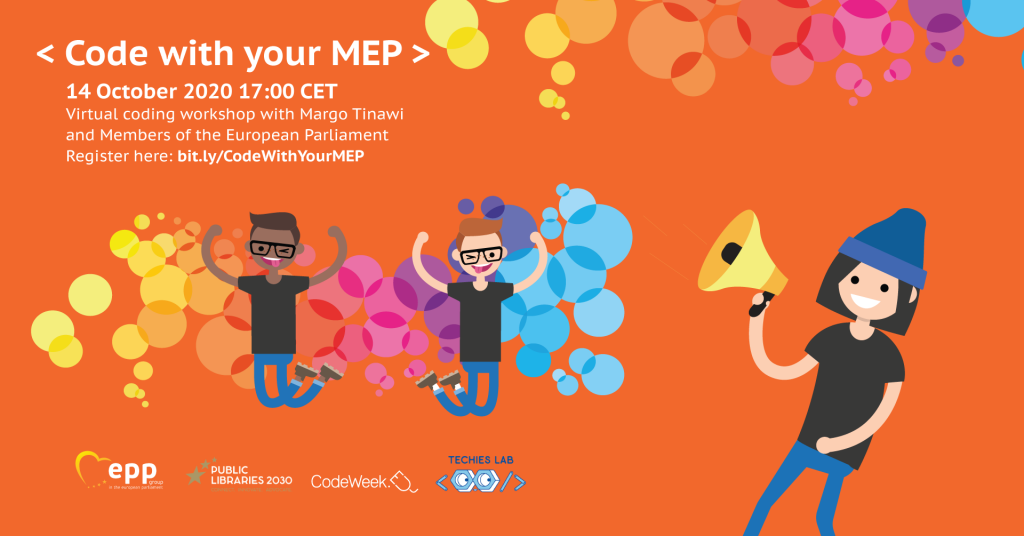 But before everyone started programming their Code Week Dance, we talked some more about Code Week, programming in school, in libraries or through other extra-curricular initiatives.

The first speaker, Ilona Kish, started by illustrating the activities Public Libraries 2030 were organising during Code Week 2020. She shared that 95% of the around 65.000 public library spaces across the EU offer a freely available Wi-Fi connection and a public access computer, as a baseline starting point. Ilona also told participants that many of the public libraries offer ‘Maker Spaces’ or ‘Fab Labs’ where people could get access to and experience usually expensive hardware like 3D printers or laser cutting tools, VR and gaming headsets. To support EU Code Week further, Ilona offered ambassadors and other participants to facilitate contact with national library associations or particular libraries for any project related to programming, robotics or tinkering they would like to organise.

It was then time to start coding. The workshop began with an introduction by Margo who walked participants through the tasks MEPs were to complete with the help of her students. Participants split into smaller groups, each led by one of Margo’s students and started remixing the Code Week Dance project on Scratch. 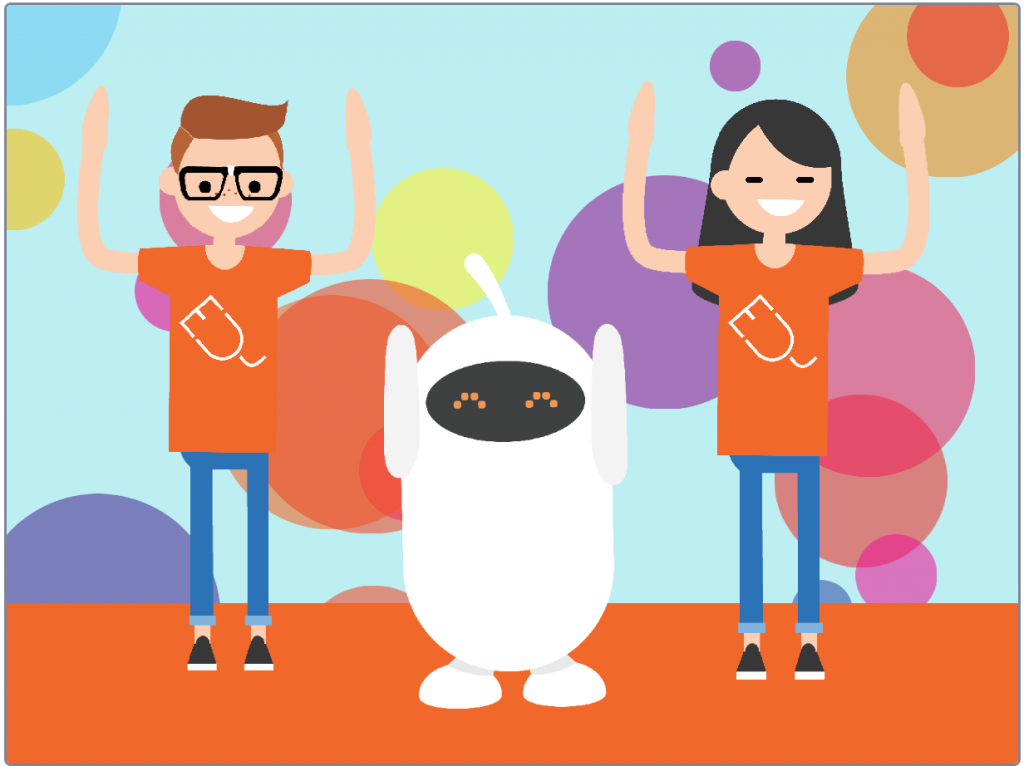 The first challenge that MEPs and pupils faced together was to create an account on Scratch and remix the Code Week Dance project, which as they learned meant to make a copy of the project and add their own code to it. The next step was to start exploring the Scratch environment and the possibilities it had to offer. Making sure that no one was overwhelmed by all the choices in the staging area of Scratch, the pupils walked participants through the basic options like dragging around the characters, changing colours, transparency levels, or the background of the project. Once everyone was happy with their first lines (or in this case blocks) of code, the pupils showed MEPs some more advanced options like adding music to the project or playing around with effects like the whirl or the fisheye. The final step was to save the projects and share them with the Code Week community.

Once everyone returned to the main session, some of the more courageous participants shared their creations, all available on Scratch. If the activity sounds interesting for you, try following the steps in the activity sheet and remix your own Code Week Dance on Scratch.