At CoderDojo Thessaloniki, young Ninja Coders [from 7 to 17 year olds] celebrated the Europe Code Week with Scratch, Robotics and a Hangout with a Greek Googler [Lila Kanistra from Google Ireland], who encouraged and inspired them to keep coding! 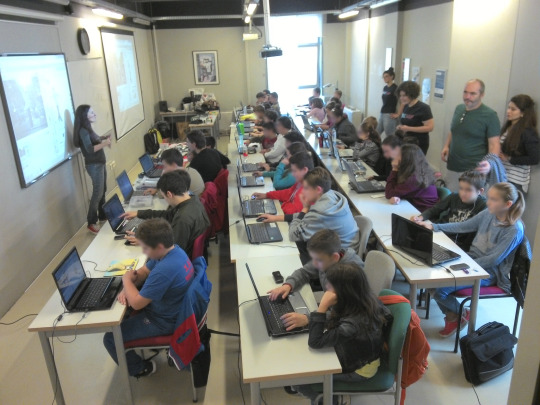 The young Ninjas of CoderDojo Thessaloniki were introduced to basic programming concepts and they were excited to code their own ‘Ode to Code Dance’ with Scratch! 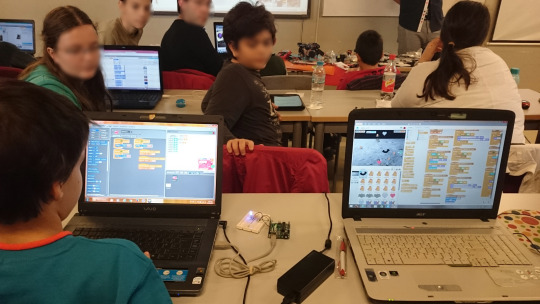 We accentuated the importance of coding in (our future) robo-creations, showcased our new hardware inventory, (electronics such as Arduino, Respberry Pi and LilyPad) and motivate the Ninja Coders to imagine and brainstorm on their next projects. 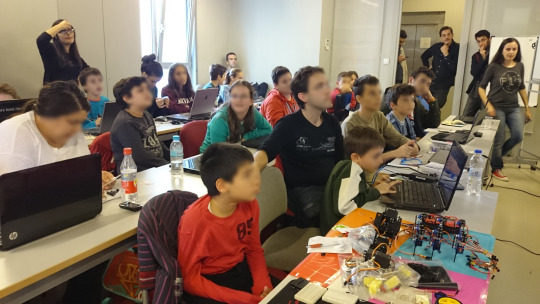 Last but not least, advanced CoderDojo Thessaloniki’s Ninjas show off to newcomers their own (simple, yet proud) creations to ​inspire the idea of next Robo-Coding Dojo!