Mikkeli Codeweek 2-day event was organized 10.-11.10.2015 at Mikkeli University of Applied sciences by numerous organizers. There were around 30-40 participants from all age groups. Event contained different kind of activities for adults and  kids. Children were able to learn coding, do 3D printing and build simple robots from ready-made kits.

On the other hand it provided a chance to gather enthusiastic citizens of  Mikkeli together to plan and initiate citizen driven activities for the future. One part of the program was a workshop to finalize Mikkeli Coding Club initiative. 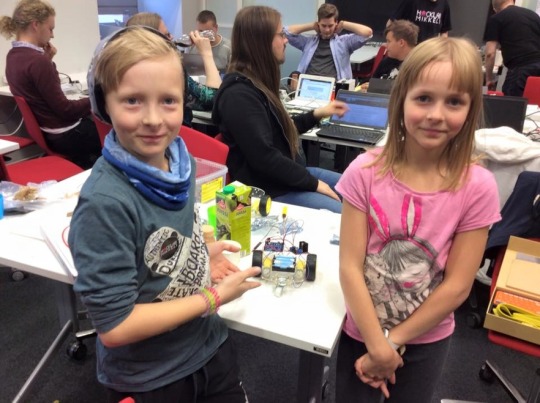 We want to improve the economy, democracy and everything in the age of the information society by making  computational thinking a common and strong skill. Coding will become common knowledge just like reading, writing and counting.

What is Coding Club?

Koodikerho ’s (code clubs) are after-school clubs where children learn the basics of programming. Clubs are for boys and girls in the 3.-5. grade in the elementary school. There are plans to extend target group once the primary focus group is covered. Teaching is executed in sync with the new general teaching plan (curriculum) of Finland. Coding clubs are mostly based on volunteer activity. Individual clubs are run by teachers, university students, parents and other volunteers. National organisation and funding for country-wide co-ordination is also being planned. Currently there are 19 coding clubs in Finland. 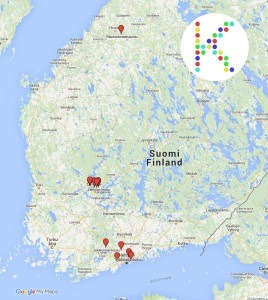 During the Codeweek event we identified almost 10 volunteers to run coding club in Mikkeli. In the discussions two schools were identified as the most fruitful places to start. It was agreed that a group of enthusiasts will arrange a meeting with the principles of the selected schools. Including the local teachers in the process and running the coding club in Mikkeli was raised as an important topic.

Teaching how to code is part of the new curriculum in Finland, which will be taken into use fall 2016. Therefore, this coding club initiative can also be seen as an opportunity for teachers to learn how coding skills and mindset can be taught. The aim is to start coding club in Mikkeli already during this year.  You can join us by contacting Mikko Lampi https://twitter.com/jotudin