Coding with parents during Code Week in Barcelona, Spain 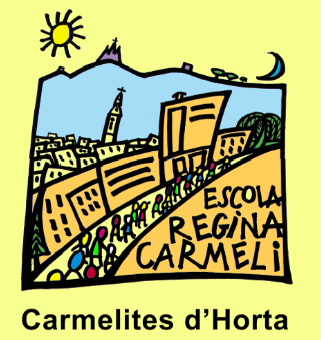 Wednesday, October 15th, 5 p.m. A group of parents of the school are at the main hall with a teacher, they have come to participate in the first open programming and robotics event that takes place at Regina Carmeli Horta School today. This event is part of the second EU Code Week.

Back are those days dedicated to organizing and coordinating workshops when teachers of different educational levels (from kindergarten to secondary education) worked together to make the workshops become a sample of what is done and what is planned to be done in the field of programming and robotics at the school.

Part of the group goes to Secondary classrooms, where they will learn to create a game which reminds us of the legendary Pong for one player by using Scratch. To do so, they will have the guidance of one of the teachers who teaches Scratch and other programming subjects, such as App inventor, to students. The other participants go to the kindergarten classrooms where teachers will show how the Bee Bot works and how they plan to use it in their lessons to children aged 3 to 5.

After a short while, parents who use the Bee Bot and the simulator celebrate with joy whenever they get the Bees reach their goal, and see firsthand what can be done with it from an educational point of view. Members of the group doing the Scratch programming workshop realize that programming a game can be as exciting as playing with it, or even more!

At the end of the sessions smiling faces show the goal has been reached, parents leave satisfied and eager to talk with their children about what they have done at school.