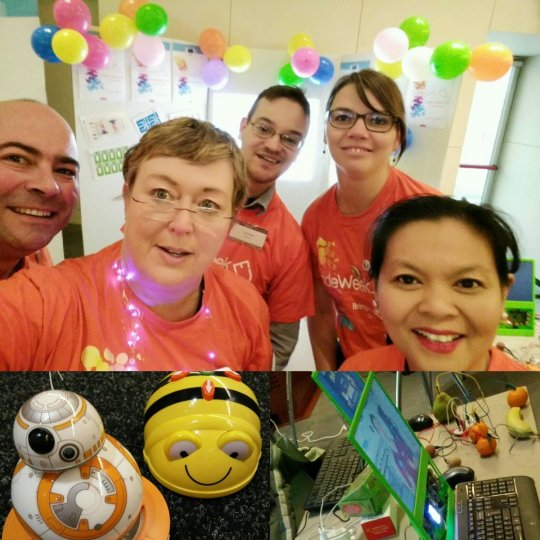 The conference brought together 300 people from different organisations – both non-governmental organisations and educational providers, to small enterprises and industry who are interested in tackling the digital skills gap in Europe and joining the Coalition.

The ambassadors showcased coding in Scratch, playing games with fruits and Makey-Makey, how to use Micro:bit, Rasberry Pi…. A Beebot and a BB8 were beaming around the exhibition area, evoking lots of interest.

To demonstrate that you can “code” and learn basic programming principles off-line ambassadors also played the coding game – CodyRoby with participants.

By the way – you should really try this. It is an excellent game to play during the coming holiday period with children, parents and grandparents. Or why not download and offer a kit to your kids’ teacher in school? 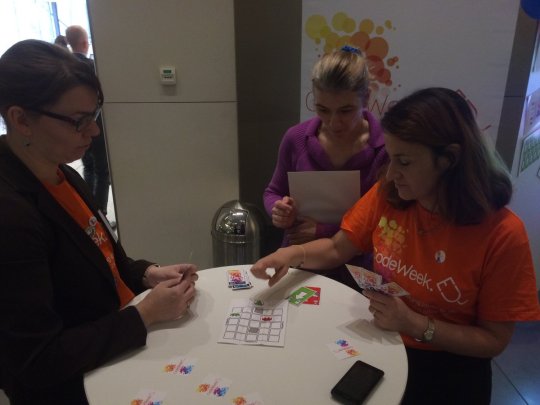 Alessandro Bogliolo, who is also the EU Code Week coordinator, held a speech where he underlined the importance of computational thinking for everyone. In fact, programming is an easy way to practice that as well as problem solving and team work. He mentioned that teachers are easily motivated and interested in teaching coding as part of their own subject and that coding doesn’t require an army of computer science teachers to step in. 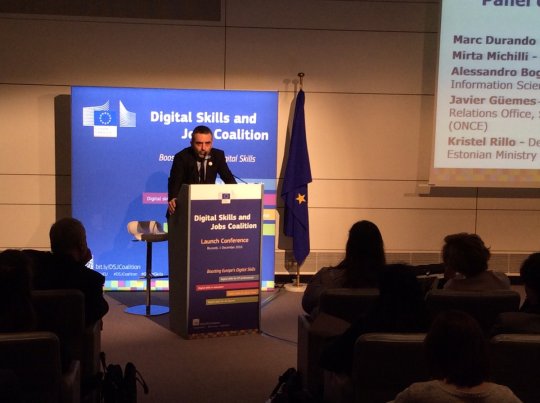