By Joanna Lindberg, Women in Tech policy officer and co-coordinator of EU Code Week at the European Commission

We need to adapt our lives to technological developments – so why not adapt technology to us? Learning to programme means getting to understand tech innovation while innovating oneself. In honour of the 201st birthday anniversary of Ada Lovelace and as part of EU Code Week, about twenty #WomenInTech gathered for a discussion and the first ever coding session in the European Commission. 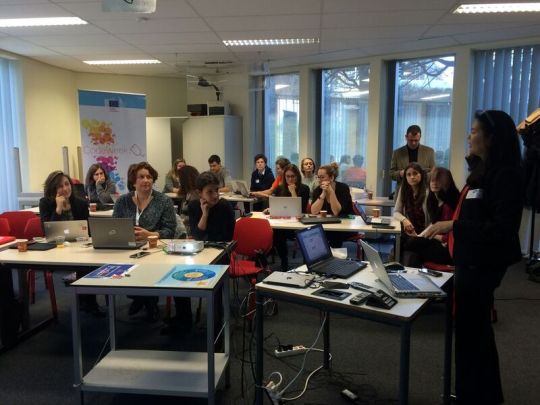 Ada Baroness of Lovelace, the programming pioneer, was passionate about science and also inherited writing talent from her father – no one less that Lord Byron himself. She was reflecting on the use of Charles Babbage’s Analytical Machine in terms of “weaving mathematical patterns”, just as the Jacquard loom was weaving coloured threads into a fabric, thanks to a system of punch cards. Thus, she defined programming by combining mathematics and poetry – and this still valid today.

With punch cards gone since the late 1960s, we opted for laptops, mobile devices and hotspots in order to design our own pattern – an app counting push ups, dubbed the “Push-Up App”.

We started with discussions and collecting challenges and ideas on #womenintech:  to put focus also on families rather than only on girls, bringing in the angle of user experience as women already are great designers, raising awareness on cybersecurity issues, finding ways of joining into discussions ongoing in European countries; and much more. 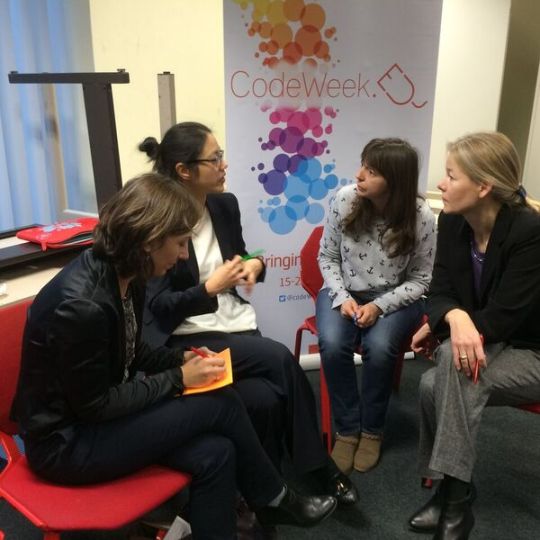 The programming session itself was facilitated by Rosanna Kurrer, who is a certified MIT App Inventor coach who started programming at Tokyo University in the domain of architectural design. She is also one of the Belgian EU Code Week ambassadors. So we learnt sequences, building blocks, used mathematical operations, while at the same time Rosanna explained the “weaving” – like approach – trying out different options, checking on own mistakes, redesigning solutions, moving on. It is very important for us, also as policy-makers, to understand technology in this way – as an organic and ongoing process, in which we can be creators, not only recipients of ready-made solutions.

This great workshop was made possible by the European Commission’s Directorates General for Communications Networks, Content & Technology (DG CONNECT) and Informatics (DIGIT) which joined forces for the organisation and the good humoured, enthusiastic participants from across the Commission who had so much fun that they started to invent their own parts of the code during the session! 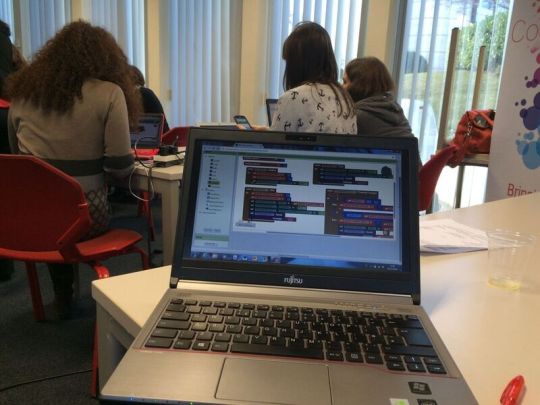 We are looking forward to next sessions of “beautiful patterns” !