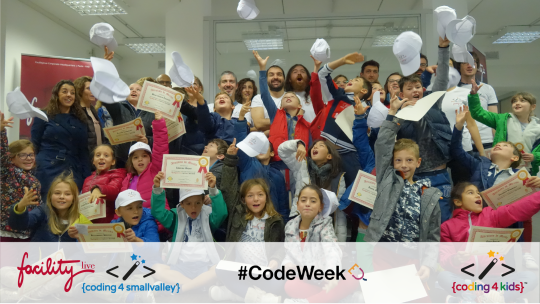 FacilityLive is a highly committed company in contributing to the development of digital skills in the workplace and in schools.

Since we launched our FacilityLive Coding4Kids initiative in Italy during the Europe Code Week 2014, we have connected more than 500 children with the worlds of coding and technology. 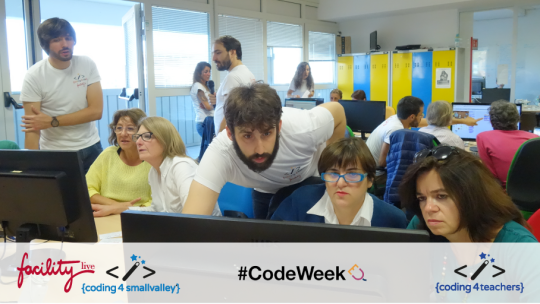 I’m very proud that our strong commitment in running this all year round initiative has been recognized by the European Commission that has included it in their Digital Skills and Jobs Coalition pledges. 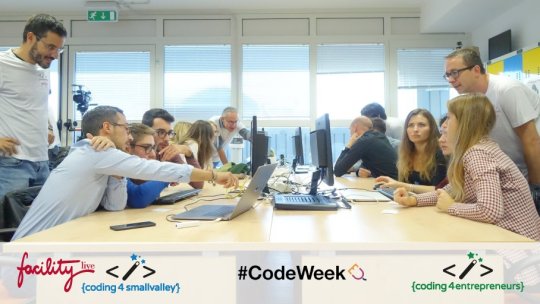 To celebrate the fifth anniversary of the Europe Code Week, we decided to extend the FacilityLive Coding4Kids experience to all actors of our Italian city, Pavia, giving teachers, policy makers, parents, future entrepreneurs and kids the possibility to attend a one shoot private and tailored coding session at our headquarters guided by our software developers. 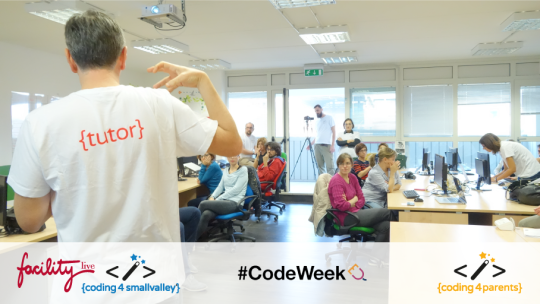 The sessions – grouped under an overall initiative called FacilityLive Coding4SmallValley – have allowed them learning, in a very simple and accessible way even for non-tech savvy, the logics and some tools of coding and understanding that coding is more a process of creative thinking than just the act of writing software. 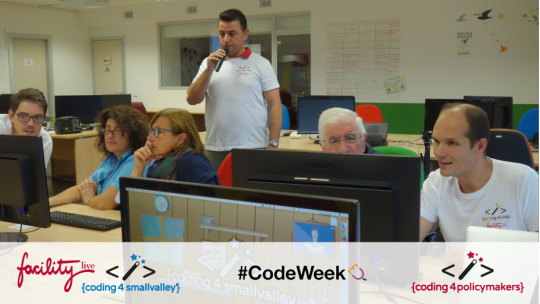