Our aims were to  make our pupils aware that their behaviors affect deeply and irreparably the environment. In the project they had to  think about alternative behaviors which would be better for  the environment. In fact, pupils focused on the environmental problems and risks in their countries and compared it with their partners using online collaborative tools.

Pupils worked in international teams to propose solutions and better behaviors and habits. Each team brainstormed in Pixton class and then they used the stories and avatars they had created collaboratively in Scratch. Each team had a Scratch studio where they coded together to obtain a collaborative code.

Students used Pixton to create a “class” per team, in which they made creative stories related to nature and green. This activity helped them enhance their imagination and offered them new original ideas which they then coded.

Then students used the images already created in their Pixton teams as backdrops in their scratch projects. In fact, the Romanian students of each team started coding an idea related to the Earth protection then they shared it in the teams’ Scratch Studio . The  Italian students opened the code and remixed it in order to  develop the Romanian idea. Then the Tunisian students remixed the Italian code and finally the Spanish studenets remixed and completed the project. 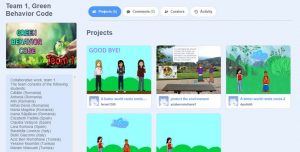 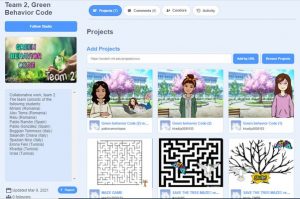 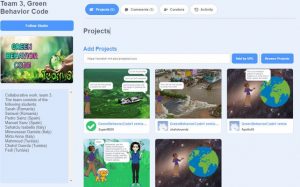 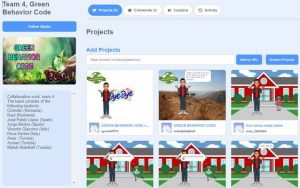 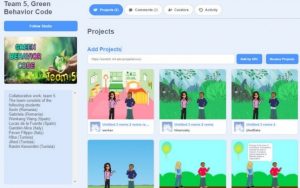 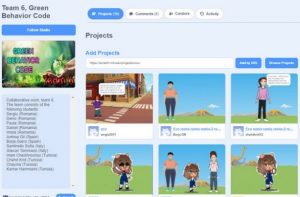 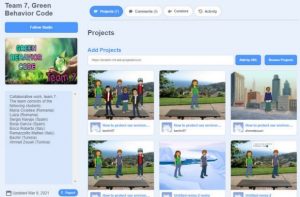 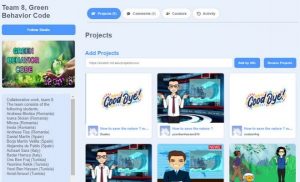 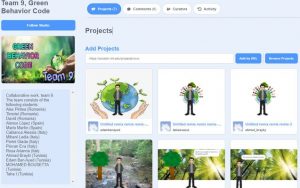 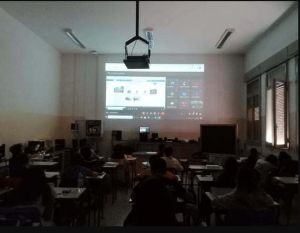 We organised a partner meeting in which all the students discussed the project and voted for the best Green Behavior Code using the Mentimeter. 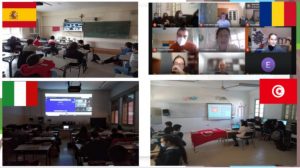 The winners were Team 8, which consisted of 5 Romanian Students, 3 Spanish Students, 2 Italian Students and 4 Tunisian Students. The project was about creating a TV emission in which they would discuss different environmental issues and trying to find solutions to them. Here you can see the Green Behavior Code created by the students of Team8.