Europe Code Week was born in 2013 by some young people who advised the European Commission on digital policies: Alja Isakovic, Julie Cullen, Janne Elvelid, Lucie Jagu, Jordan Hatch, Bruno Ferreira and Mercedes Diaz to name a few. They wanted more people to learn how to create with code as well as get different networks together to make it easier for interested people to find a place where they could learn programming, work with hardware and find out how computers work. Their grass-roots movement now turns five years  and it has grown exponentially. 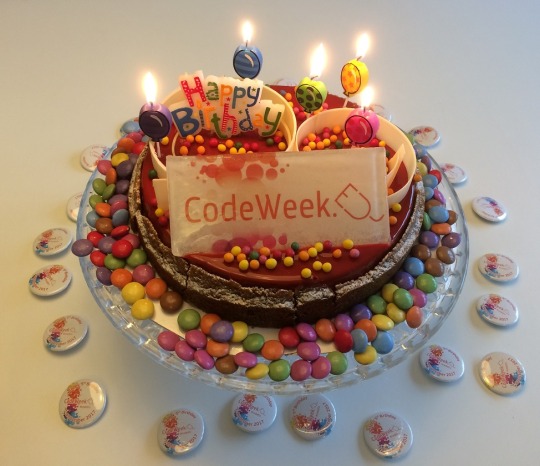 The second year 150,000 people tried programming or tinkered with hardware in 4,200 events in 36 countries in Europe and beyond.

The third year more than half a million people coded, hacked, tried robots, 3D printers etc. in 7,600 events in 46 countries in Europe, Africa, Asia, Australia, and the US. Also Africa Code Week took off under the realms of SAP adding another 17 African countries and 89,000 coders.

In 2016 23,700 coding events took place in more than 50 countries on all continents meaning that almost a million people had fun discovering coding and learning what goes on behind a computer screen. 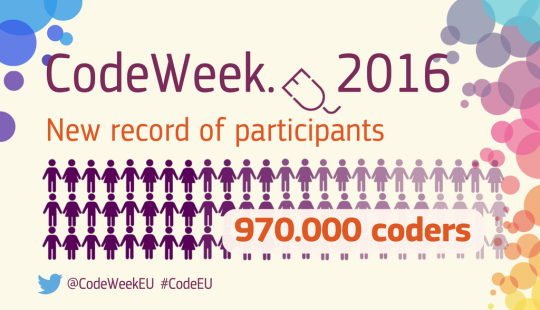 Huge thank you to all event organizers, all ambassadors and all participants  in Europe and around the world for making Code Week such a success. Spins offs are taking place in both in Africa and Latin America – through Africa Code Week and Latin Code Week, so millions will try out some coding, make an app, tinker with hardware and have lots of fun.

We look forward to all the hustle and bustle that will take place during Code Week and during the rest of the year as well. Because, as we all know “every week is Code Week!”

May the code be with you!