This Easter holiday, we discovered the outcomes of domain B. Computer thinking and programming in the third grade of the elective subject informatics. B.3.1 is about recognising problems in a simple task with a decision and designing a series of steps leading to a solution based on that. By independently discovering and displaying steps of solving a simple task which contains a decision, we were able to create a program using a visual environment step-by-step. By choosing, analysing and evaluating the solutions, we tested the accuracy of the final result.

At the beginning of the class, the implementation of activities was agreed upon with the students. They were divided into pairs and each of them participated in all prepared activities (students were divided into pairs with the digital tool Machine name picker). During the work, they used the digital tool Classroom timer to determine the duration of each activity (e.g. ten minutes per activity, then switching pairs to the next activity).

They conducted the following digital and unplugged activities related to the upcoming Easter holiday: 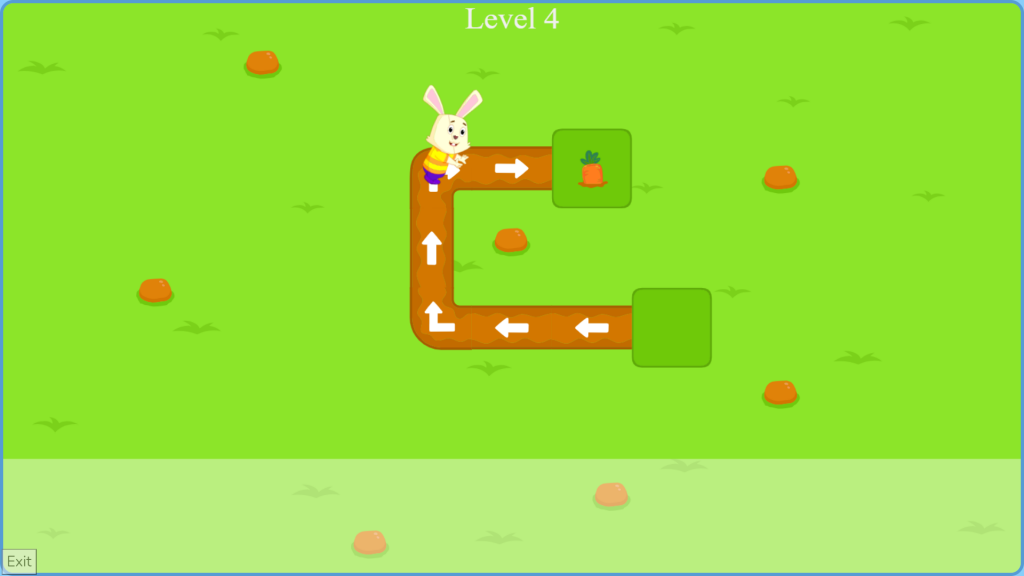 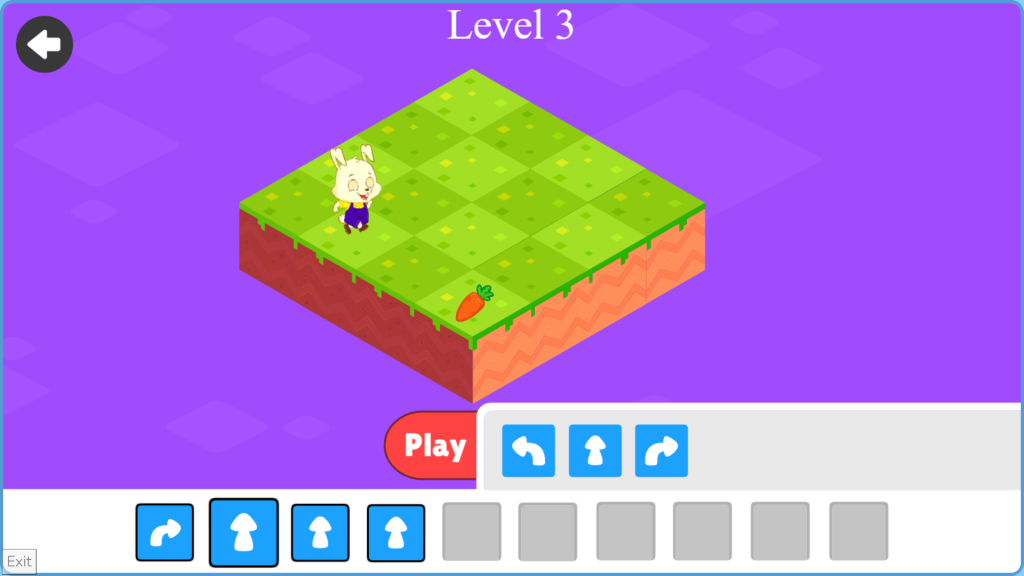 draw a bunny – in this unplugged activity, students drew a bunny by throwing a dice to determine which part of the suggested activity they will draw. In this activity, they used decision or branching in an interesting way (since they didn’t have dice, they used digital dice). 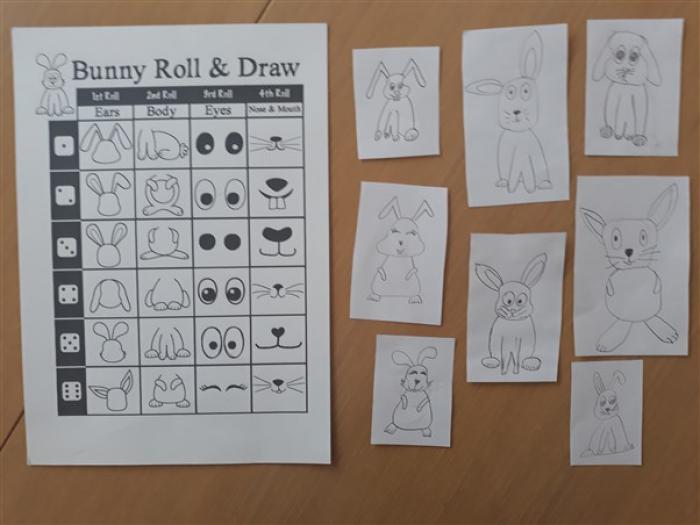 making graphic representations – students made a graph by counting the characters related to Easter, just like real little scientists (by counting different characters, bunnies, carrots, chickens, they filled in the number of squares with colors and created a graph). They also counted the number of chocolate eggs by color and made a graphic presentation. At the end of the class, they treated themselves to some chocolate eggs. 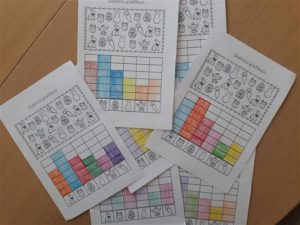 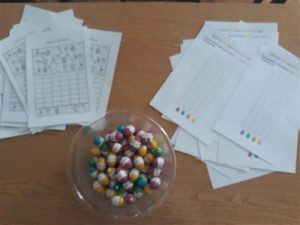 discover the code – in this activity students had to find eggs in a grid on paper (each of which contained one letter). As a solution, they were given the question “Where is the bunny?” At the end of the class, the students looked for a chocolate bunny (who hid very well, but the students were able to find him).

Easter pixel art – in this activity, the students “assembled” a picture of a rabbit or a chicken by coloring certain squares on the paper with a certain color (according to the column and row markings of that color).
pixel art with sticks – students had a drawing on a piece of paper (each student one line) which they recreated with sticks. 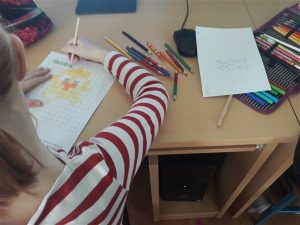 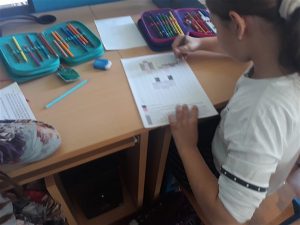 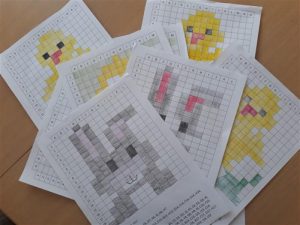 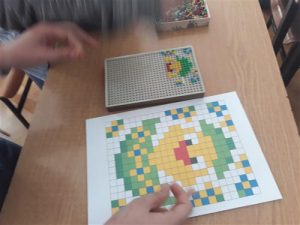 egg experiments – students in this activity made two experiments with water, salt and eggs. They investigated why an egg floats in one glass of water and falls to the bottom in another. They also investigated which of the two eggs was boiled and which was raw. 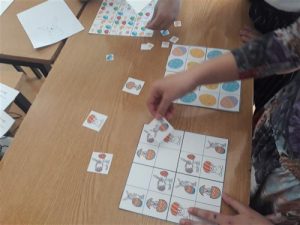 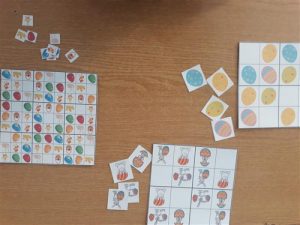