“I decided to run a programming club”

My school, Ursuline College in Sligo, encourages 5th year students to run lunchtime clubs for first years to help them settle in and make new friends. Around a quarter of my year ended up running a club, which varied from Gaelic to Japanese, Music to Basketball, Quiz to Harry Potter…I decided to run a programming club. 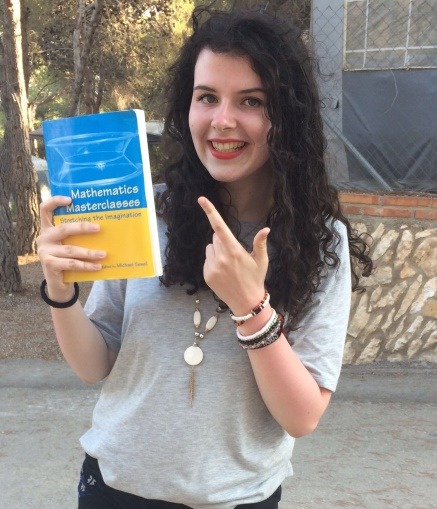 Programming is something none the students would be introduced to at school  so, I thought that this was a really good opportunity to get a group of girls excited about coding! Being the only person in my year who can code, I had to run it on my own. I was a bit nervous before the very first session – what if no one showed up? It turned out I had no reason to worry – there were more first years than computers on the first day!

The enthusiasm from the girls really surprised me – in a good way. We hear so much about the lack of girls studying STEM subjects, but  this group of enthusiastic first years returned, week in, week out, to the computer room to learn how to code – and to ask me when I was going to teach them how to hack Facebook!

My club was one of the only ones to run right till the end of the school year and ended up being one of the overall favourite clubs for first years. I had put a lot of work into ensuring that the
club was both enjoyable and informative so hearing that they looked forward to coming every week was just fantastic for me.

I am so proud of all the girls in my club. None of them could write a single line of code in September, but by the end of the year they had all achieved a really high proficiency in programming.

They made their own websites, designed an app and took part in the Hour Of Code Challenges. They learned about (ethical!) hacking and even about algorithms. We had an event for the European
Day of Code, a Coding Competition/Party to raise money for Trocaire, and every single one of them entered the Apps For Gaps competition.

If you are able to code and you can give up one of your lunchtimes a week, I would highly encourage you to consider establishing a programming club in your own
school.

It’s a really rewarding experience and teaches a skill that is becoming essential, yet still doesn’t appear on the Irish syllabus.

Coding is the language of the future, and we need to give young people the chance to learn it.