Let’s compose my musical masterpiece in… Scratch, or my variation of the “Ode to Joy”

Headphones plugged in one’s ears, fingers typing on an electronic device. Isn’t that the shortest portrait description of today’s teenager?
We know the wonderful effects music has on our kids’ brains during their early age. Research has shown that classical music can have an important impact on the development of the brain and in the way students perceive the world in the near future.

Also, playing an instrument is known to be a fantastic activity for kids, teaching them discipline, structure, critical thinking, as well as showing them the spectacular results they can have when they put effort and perseverance into the things they do.

Today, another field is catching the attention of researchers when it comes to the brain development of kids and teens: that field is coding. Coding isn’t here to replace music or the learning process of how to play a certain instrument. Rather, coding can complement music; holding hands together to help our kids develop some of the most essential 21-century skills because that is the most important thing, isn’t it?

This was the main reason why I decided to create an activity which is an example of the relationship between different school subjects – programming and music. Students are asked to create their own piece of music using their skills in coding in Scratch. Those who find the assignment too challenging can reproduce a piece already composed by a great composer. This is what I did – my variation of Beethoven’s “Ode to Joy”. Not only their creativity is being developed but also their musical skills.

To start, students should decide first whether they will compose their own music, or they will use some notes sheets. I used the first notes of the “Ode to Joy” which you can see here. After that, they should visit https://scratch.mit.edu/ and click on “Create”.

You can see my example here. 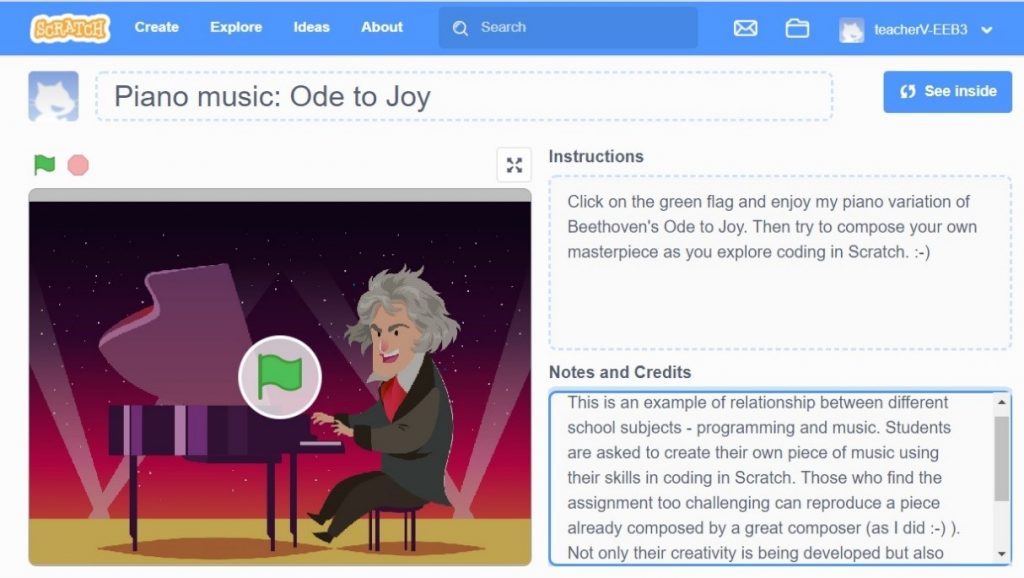 If you press “See inside”, you will see the coding itself.

Some students preferred to make music in Scratch by taking advantage of its sound blocks. They built scripts with music blocks that play in sequence. Others used multiple scripts which when played together in order, create chords. For example:

You can never imagine how creative students could be! Not only did they compose their own music but even gave the users some control making them think that these are the users who “compose” their song by choosing different musical instruments: 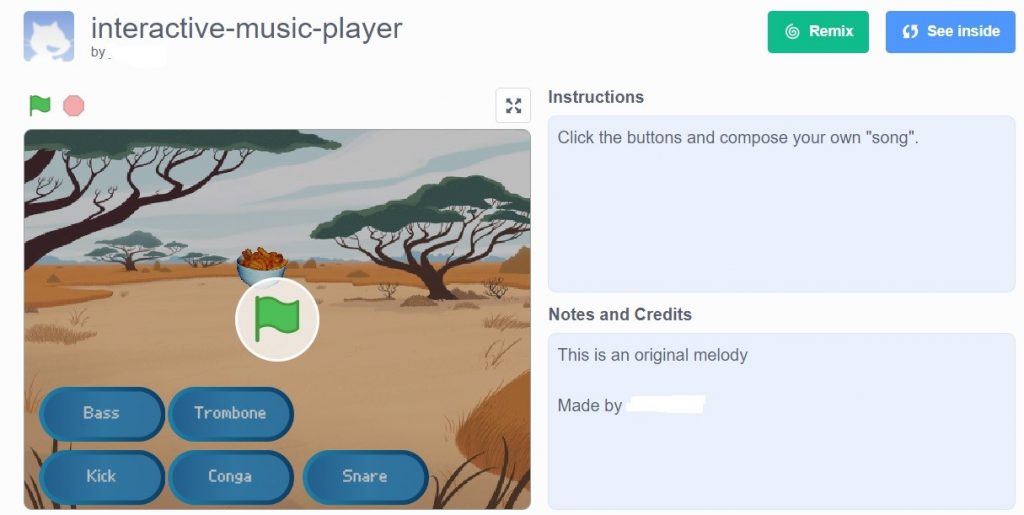 There were students who admitted they were not very proud of their project, but they still tried to be creative allowing users to make their choice which song they would like to listen to: 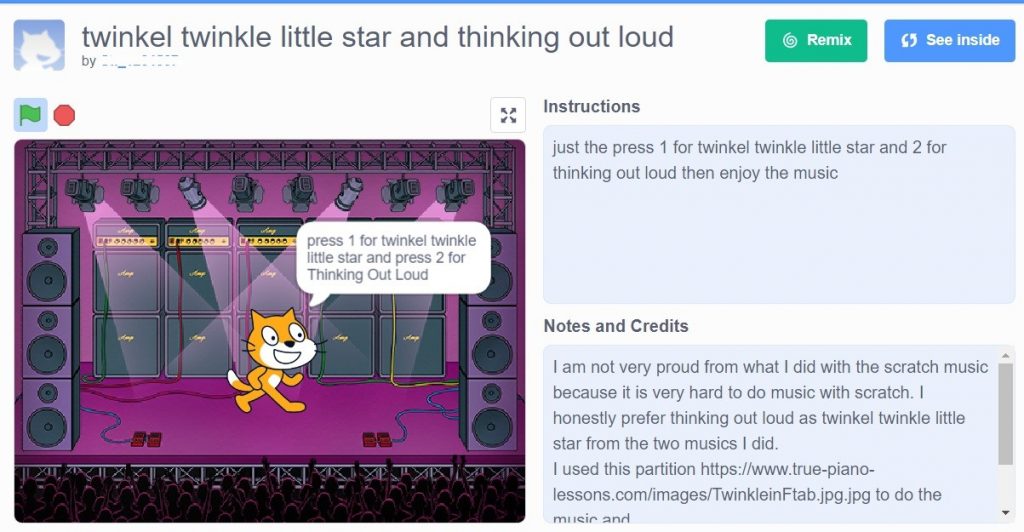 So, it’s time you plugged your headphones into your ears, took your favourite electronic device and started coding your musical masterpiece in Scratch! 😊