Let’s write a program to run in space 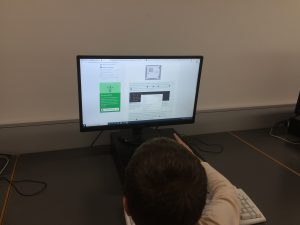 This year, for the beginning of the Programming and Robotics Club sessions, I wanted to do something different, since although the sessions can be in person, there is still no authorization to touch components and small parts, as it is impractical to sanitize them, which is much needed because of the pandemic. So, I had to use simulators.

I had already heard about Astro Pi and I came to the conclusion that it was time to try the simplest mission: Mission Zero. In this mission, students write a program, using an emulator, to run on a computer with a Raspberry Pi, which is on the International Space Station (ISS). This program must read the humidity aboard the ISS and communicate with the astronauts through a personalized message.

In addition, students can choose the names of the 2 new Astro Pi computers, naming them after inspiring European scientists. To give students guidance, there is a guide, with a description of the tasks, translated into several languages.

Students enrolled in the club are very young, for the most part and do not yet have programming knowledge, but with this activity they will already know:

Being a very simple activity to perform and being well documented, the students had no difficulty in understanding what they had to do and the fact that the program they wrote could gain flight status and be sent to run on the ISS was a great motivation. Everyone wanted to complete the tasks to get the green light to submit their program. In June we hope to have our certificates that show where the ISS was when it ran our programs. 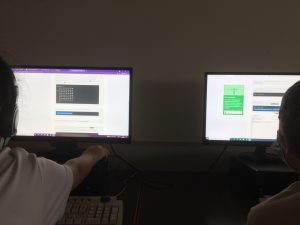 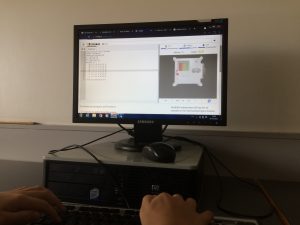