Over 70 EU Code Week Ambassadors from 34 countries are helping us spread the word about #codeEU throughout Europe. Who are they and why did they get involved in Code Week? We’ll be running a series of interviews and get to know them better. Our previous interviewee, Yasemin Allsop from United Kingdom, interviewed Paulius Podolskis from Lithuania. 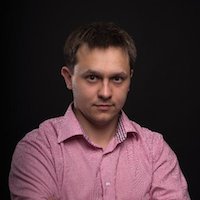 Paulius, who are you?

Lithuania is well known for good quality hard-working developers – many banks moved development centres here. With help of organization “Invest Lithuania” many game development offices moved their headquarters to Lithuania. This is good for the country, but this also raises the competition in the job market when companies are looking for developers.  We have a high need for developers, so universities are inviting many students to study, but that is not enough. Many big companies last year started their own academies for teaching youth to code. Some of them even started to organize vocational training programs for teaching developers needed skills quickly.

Learning to think in algorithms is vital for new age kids, so school program should consider starting IT lectures as early as possible – robotics, coding and everything related.

I wanted to learn coding at an early age – about 14 years old, and that was a really hard task – the Internet was luxury. There were some books in stores, but I had a lot of questions with no answers, like what language to choose as beginner, which one is easier, which one is better, that no book was willing to answer. There were not any developer communities in smaller cities of Lithuania, so it was tough. Managed find Young computer users school at local university, where I spent two years learning C/C++ with guys, similar to me – self-motivated want to be developers. After finishing a university degree and long days and nights coding experience, together with my colleagues decided to share our experiences and started organizing developer community meetups, which really exploded in here from several – to each development language community in each biggest city in Lithuania.

Understanding difficulties in learning to code on your own promotes me to help other young people choose the right path to developer carrier and learn quicker whenever. I expect to show developer communities to young people, willing to code, where they could get new experienced friends and help, to their problems. And if everything goes well, this should explode also – more cities included, more events and meetups organized – better for the whole ecosystem.

Do you have a hero, or someone that inspires you (can be a hacker or not)?

My hero is Tim Berners-Lee the guy, which created the World Wide Web, which changed the world!