In 2015 EU Code Week reached more than half a million people in 46 countries around the world. Today we are proud to announce that Xiangqun Chen has become the first EU Code Week ambassador in China. She is a passionate educator that lives and works in Shenzhen. 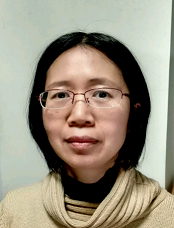 Xiangqun has taught Computer Science and Information Technology for more than 20 years in high school. She is also Deputy Director of the Number Three Senior High School’s Information Centre as well as leader of the Technology Department. Xiangqun has organised Robotic and App Inventor clubs in her school and her students have won many awards.

Xiangqun joined as Code Week Ambassador because she thinks it’s a good opportunity for her students to learn from students in other countries. For EU Code Week 2016 she plans to introduce the initiative to the computer science teachers in the Shenzhen Municipality.
“We will try to organise events in the all K-12 schools in Shenzhen”.

Xiangqun adds that she is also thinking of organising a global EU Code Week competition to challenge students around the world.

Are you interested to organise a EU Code Week event? Check out our guide. If you have additional questions about organising and promoting your #codeEU event, you can get in touch with one of EU Code Week Ambassadors from your country. Don’t forget to add your event to the Code Week map.