The Ministry of Education in Spain did not want to stay out of EU Code Week this year. That is why, besides creating a dedicated website to support educators willing to participate in EU Code Week (Code.EducaLAB), we organized the “Programming and computational thinking in education” conference, which was aimed at teachers and policy makers interested in the latest news regarding the educational use of programming in schools, with over 120 attendees. 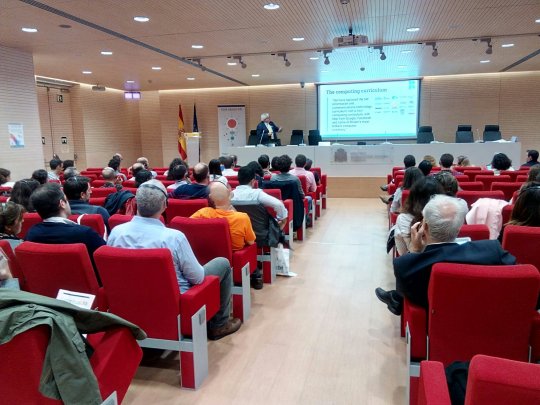 During the conference Chema Alonso (CDO at Telefónica) discussed about the importance of programming for life in the 21st century; Miles Berry (Roehampton University) presented the experience of England after 3 years of the launch of Computing; Gregorio Robles (Universidad Rey Juan Carlos), summarized the scientific evidence on the use of programming as an educational resource;  while Cristina Aranda (TechWomen) defended that the future of programming should be written in feminine plural. The conference ended with a debate on coding and curriculum, in which representatives of several regions of Spain leading pioneer coding educational programs took part. 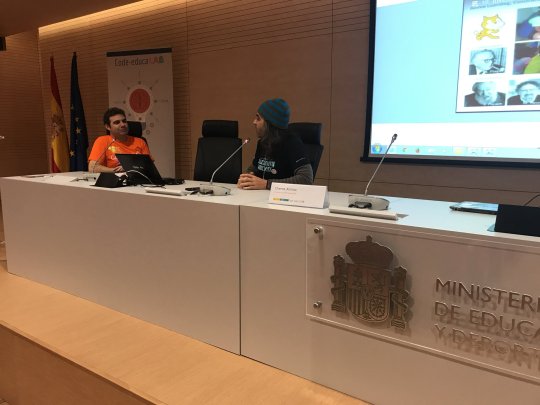 The videos of the talks will be published soon at Code.EducaLAB, but meanwhile you can enjoy the storify that summarizes the debates and reactions generated during the conference.

We really appreciate the support from the European Commision and the Spanish EU Code Week ambassadors in the organization of the event.