Around 150 elementary school kids gathered in Belgrade Startit Center to mark the beginning of the Code Week, on 15 October. With a total of 195 events, Serbia is among the top ten countries
that took part in the “initiative to bring coding and digital literacy to everybody in a fun and engaging way”. 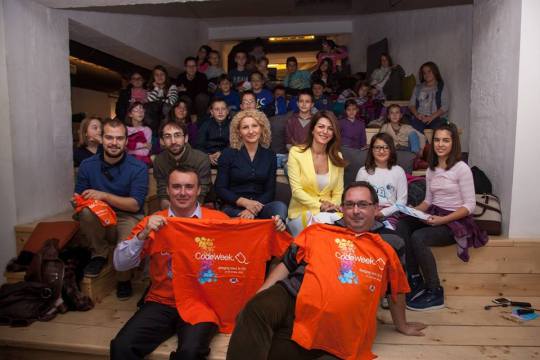 Our little guests were greeted by myself, Bojan Rošković, an intern at Google, Ranko Trifković, a game designer and specialist in children education and Gavrilo Andrić, an assistant in Petnica Science Center and a member of the APE.Robotics team.

Together with the Ministry of Trade, Tourism and Telecommunication, we wished to show children, parents and teachers just how much fun programming can be and to give them some tips
and tricks where to head next if they want to pursue this path. 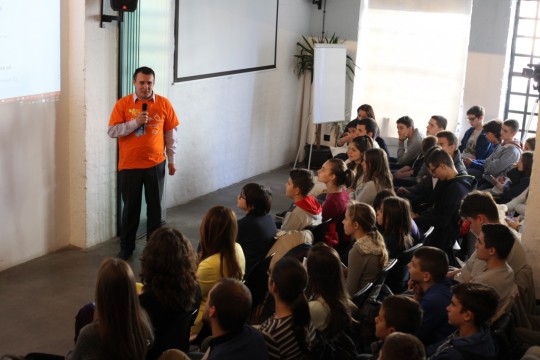 Tatjana Matić, the Ministry’s State Secretary used the event to officially open Code Week in Serbia. Startit was really excited to be a part of Europe Code Week, as already over 500 kids have attended their free programming courses. They will extend the scope of the project, which means these workshops will take place throughout 2017, and will come to cities and towns across Serbia.

“Europe Code Week is an important initiative since all citizens need to be familiar with the idea that new technologies change the world, assist in development of science, medicine and all other field, and also make the everyday life easier for people”, the State Secretary said.

She also told participants that the “Smart and Safe” educational campaign which focuses on the use of new technologies would continue in 2017. The campaign is run the Ministry of Trade, Tourism and Telecommunications and in 2016 5,000 pupils in primary schools in 15 cities in Serbia has taken part. In 2017 the accent will be put on coding coding among children and the young. 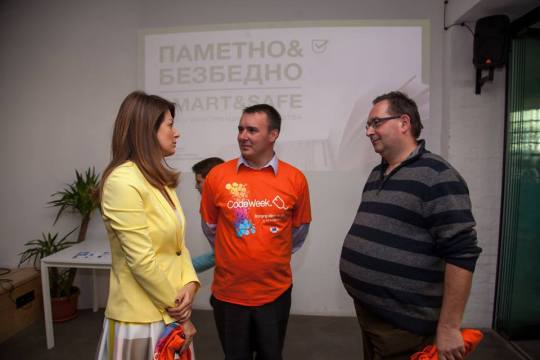 “Children can learn more about coding through games and fun, and thus develop their computer literacy, even though they might not choose coding as their occupation. By understanding the way the new technologies function, which they use anyway, they become more active participants of contemporary information society. On the other hand, they acquire skills which they might find useful for realising their own ideas regardless of the field they choose. We expect coding to become a regular subject in schools since the PM Aleksandar Vučić gave the reform of education a special place in the new Government Programme”, Ms Tatjana Matić said.