“SparklingCode” at the Virgilio middle school in Paternò, Italy

From 15th to 23rd October 2016 The European Code Week, now in its 4th year, took place all over the European Union countries. Our school, Virgilio middle school in Paternò, participated in the CodeWeek4All challenge through the SparklingCode project.

The agenda of the week was very busy and engaging. We organised many different types of activities – from the decoration of Code Week 2016 t-shirts and unplugged activities for first-year students who participated in the CodyRoby role-play to technological activities such as The Hour Code in the Computer Labs for students of the second and third year. Moreover, our school welcomed mentors from the non-profit association CoderDojo, who engaged students in creative labs and showed them how to code. 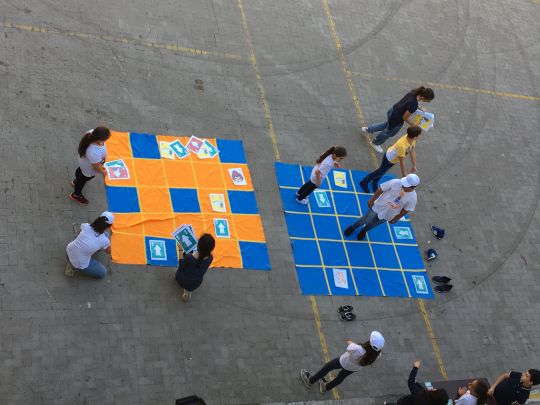 A flash-mob introduced the week. On Sunday morning October 16th 800 students, together with teachers and parents, gathered on the marvellous Matrice eighteenth century staircase in Paternò, on the slopes of Mount Etna.

A picturesque crowd, wearing white T-shirts with the Code Week logo and white school caps, celebrated the opening of the European Code Week on the ancient staircase by performing a robotic dance to the music of Ode to Code by Brendan Paolini, following Bianca Maria Berard’s choreography. At the end, hundreds of balloons with the European colours were released as a greeting to the Member States. 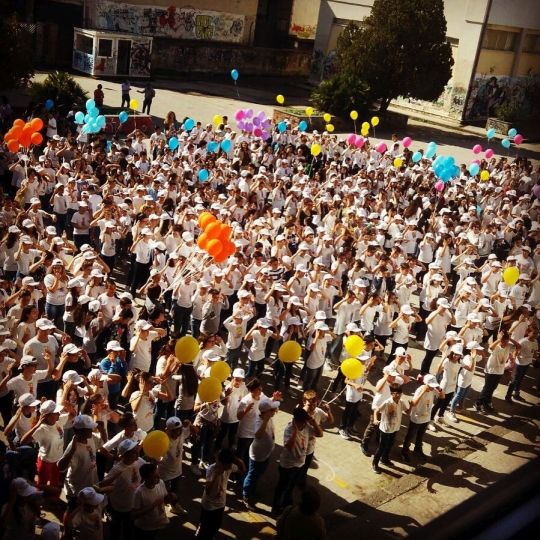 It was great to see whole families engage with so much enthusiasm which spread to the whole town, joining in a celebration in ancient places of our history for a few hours.

What did we achieve? We had a strong impact both on students, teachers, parents as well as on people who were not directly involved in this event, but who, we know, still talk about it as it impressed them deeply. A challenge not only taken up, but also won because we were able to create the right conditions for starting coding consciously and creatively from here. “One week’s activity that possibly lasts throughout the year” said Alessandro Bogliolo, Italian Code Week ambassador. 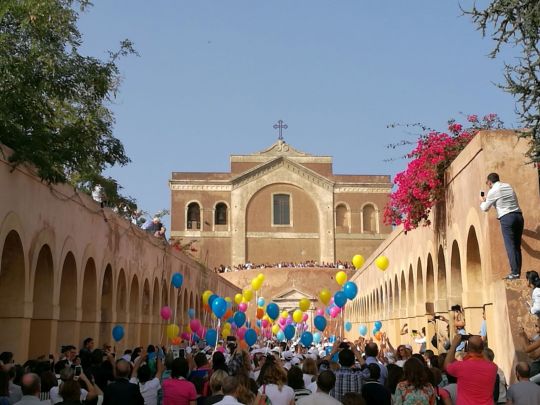 On 22th October we wrapped up the European Code Week with the FriendlyCode Day, when the students exchanged a symbolic “friendship sandwich” with each other during a party in the school yard.