STATE OF THE NET 2015, A CONFERENCE TO UNVEIL THE CLEAR – DARK WORLD OF ALGORITHMS

State of the Net is a free conference which aims to explore the potential of a decentralized global Internet to promote communications, commerce and democracy in Italy and in the world. It is an important event for the Italian industry and tech community, as it investigates dynamics and opportunities in the current digital scenario, it gathers the most relevant opinion makers, entrepreneurs and journalists from Italy, Europe and the United States. The format of the conference is based on keynote speeches focusing on themes which are then discussed in open conversations with experts and all the attendees in the main room. This year edition was held in Milan on October 4th and 5th and the main theme was Algorithms.

Who is deciding what is the first link that we see in the results of a search engine? What defines the which of our friend’s post we see on our Facebook page? Why do we see those ads on our  favourite web sites?
Who is controlling the thousands of financial transactions that happen every second on the stock exchange? How can a currency be used by millions of people without being issued by any country’s central bank?

Algorithms was the main theme at this year State Of The Net – SOTN 2015 conference, the annual Italian conference which tries to capture the state of the art of the internet in Italy and in the world, considering its impact on society.

This year edition was hosted in Milan in Gae Aulenti’s Square at the Unicredit Pavillon, a ‘wooden whale’ where all the possible social implications and applications of algorithms vibrated. 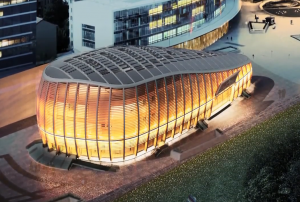 In programming, an algorithm (the term derives from the persian mathematician al-Khwarizmi) is a procedure capable of solving a given problem by means of a finite number of elementary steps.

It is a fundamental concept of computer science :

Software programming reacting to informations by means of algorithms gives infinite potentialities to the creation of new products, potentially satisfying any kind of demand in whatever field of production. 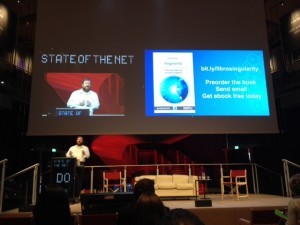 Wonderful, right? Yes, but at the same time in the digital community a demand is growing for broader transparency and in-depth analysis, the so called digital humanities, on how algorithms influence everyday what we learn, choose and buy.

Being aware of this need , SOTN 2015 was an opportunity to outline the clear dark world of algorithms , a world where today lives more than a half of the italian population (70 % is on the Internet and 60 % uses smartphones).

If, according to David Orban ( @davidorban ), Professor at Singularity University funded by Google and NASA , the growing of individual and collective intelligence thanks to the Internet, together with the development of artificial intelligence, can “solve the unsustainability of Anthropocene ”, other members of the digital international community who took part in SOTN 2015, were not as enthusiastic. 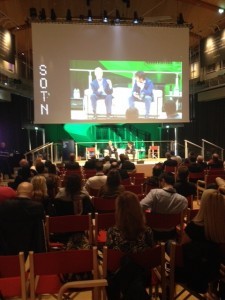 In particular, Lee Rainie ( @lrainie ) Director of internet, science and technology research at Pew Research Center and co-author of ’ The New Social Operating System’, placed emphasis on at least 5 dark sides of algorithms, of which at least two, privacy and cyber – stalking , have to do with the need to rise digital awareness in users.

Finally Luca De Biase ( @lucadebiase ), Innovation Editor at the italian newspaper Sole 24 Ore and Nova24, “ the real power today is to know how to write algorithms. As algorithms transform chaos into order, it is important that this becomes a widespread expertise in society”. In short, the digital community that met in SOTN 2015 seemed to share a double commitment: to develop studies of digital humanities to analyze how algorithms affect our lives so to be able to address fundamental questions to human rights and, operationally, to support initiatives to rise awareness on how algorithms work and build widespread coding skills in society.

[This post originally appeared in the italian blog http://www.wister.it – Women for Intelligent and Smart TERritories]