The #CodeHunting Game: More than 1,000 people participated in nearly 300 games 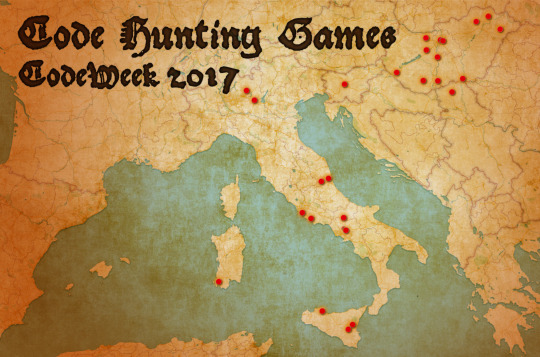 During this Europe-wide event, a total of 22 treasure hunt games were played at the same time. The same amount of locations and the same coding puzzles were tackled by 167 teams overall, counting approximately 1000 individual participants (3 to 9 per team on average).

All teams worked very hard to be the first one to complete the game by solving the last coding puzzle. Only one however could prevail: team “Robotvadászok” from Dunaújváros (Hungary) reached the goal first, closely followed by many other groups in Hungarian and Italian games.

Since not all organizers were able to set up events on a Saturday, several other Code Hunting Games were held at a later date: 14 games, with almost 100 teams competing in the same game, even if not simultaneously, played during the second Code Week week.

We wish to thank every organizer and every team of players for their effort and their passion. They all turned the event into a far greater success than what we anticipated.

The games are not over, however: Code Hunting Games can still be organized and played. Check out the official website for documentation and user guides!