The story of Computing at School from the UK

On the 30th of September EU Code Week Ambassadors met in Brussels to exchange ideas and talk about how to move this initiative forward. One of the main questions asked by many was how has the UK managed to have computer science implemented into the schools curriculum from the primary level. I have tried to answer this question briefly and talked about the wonderful work of CAS (Computing at School) and the support of the UK government, however, I couldn’t tell the whole story from the beginning, as it was more appropriate to hear from those wonderful people directly. 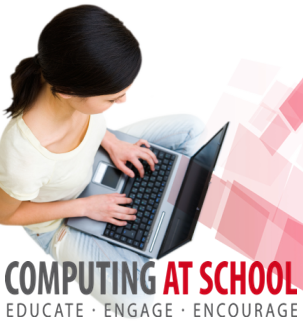 I loved the quote by Nick Gibb MP – Minister of State for School Reform for the EU Code week, which explains clearly why coding became the focus of the new computing curriculum in the UK.

‘Learning to code and think computationally is an important skill for today’s children, which is why we have made it part of the new computing curriculum. We want to create a generation of innovative software developers. These events will open children’s minds to the world of possibility that can be created with digital technology.’  (Nick Gibb MP – Minister of State for School Reform, 2014)

Of course, as I mentioned before we haven’t just reached this point overnight, it took hard work from many wonderful people led by CAS (Computing at School).  Simon Humphreys (National Coordinator, Computing At School) and Prof Simon Peyton Jones (Microsoft Research, Chair Computing At School) wrote a very informative and useful article to share how CAS (Computing at school) was formed, the aims and also very useful tips for other countries who are working towards having computer science included in their school curriculum.

The story of Computing at School for EU Code Week

In almost every country in the world, the realisation has dawned that young people should be educated not only in the application and use of digital technology, but also in how it works, and its foundational principles. Lacking such knowledge renders them powerless in the face of complex and opaque technology, disenfranchises them from making informed decisions about the digital society, and deprives our nations of a well-qualified stream of students enthusiastic and able to envision and design new digital systems.

After a decade of stasis, change has come to the computing curriculum in English schools, and substantial movement in Scotland and Wales, and computer science will, for the first time, become part of every child’s education. This change has been driven not by institutions or by the government, but by a grass-roots movement of parents, teachers, university academics, software developers, and others. A key agent in this grass-roots movement — although not the only one is the Computing at School Working Group (CAS).

The Computing at School working group (CAS) was born at Microsoft Research Cambridge, at a meeting in 2008. Our fundamental goal is to establish computer science as a proper, rigorous, high status school subject discipline —the “fourth science” — and to build a network that supports teachers as they engage with computer science in their classrooms.

CAS has now developed into a real community. From four people in 2008, it now has 15,000 members and is growing at about 800 members/month. There are several sorts of glue that hold the group together:

Computer Science in the school curriculum

Computer Science is not, as many Head Teachers, parents etc might think, a geek subject appropriate for socially-challenged male university students, beyond the scope of a school, let along primary school. In so far as they think of computing as a school subject at all, it is as a technology subject equipping students with useful life or employment skills, and certainly not as a subject discipline like physics.

Computer science is a discipline. It encompasses foundational principles (such as the theory of computation) and widely applicable ideas and concepts (such as the use of relational models to capture structure in data). It incorporates techniques and methods for solving problems and advancing knowledge (such as abstraction and logical reasoning), and a distinct way of thinking and working that sets it apart from other disciplines (computational thinking). It has longevity (most of the ideas and concepts that were current 20 or more years ago are still applicable today), and every core principle can be taught or illustrated without relying on the use of a specific technology.

Seen from this point of view, our critique of current education in digital technology is precisely that it focuses too much on technology. We teach our children how to use office productivity software, or other undeniably useful skills in using computer systems, but (at school level) we have lost sight of, or perhaps never even considered, the underlying discipline. In Britain the school subject is even called Information and Communication. Technology, which focuses attention on technological artefacts rather than on principles and ideas. We have fatally entangled the message (ideas, principles) with the oh-so-seductive medium (devices, software, even programming).

A new National Curriculum was introduced in England in September 2014 with a new subject! Computing. The aims for this subject are:

“The National Curriculum for computing aims to ensure that all pupils:

Recently, and coincidental to the curriculum changes, there has been a call to encourage all people, young and old, to take up programming (coding). The availability of software tools such as Scratch, or Kodu have made programming accessible and fun for all. So too have cheap, versatile hardware platforms such as the Raspberry Pi. Of course, Computer Science is more than programming, but programming is an absolutely central process. In an educational context, programming encourages creativity, logical thought, precision and problem solving, and helps foster the personal, learning and thinking skills required in the modern school curriculum. Programming gives concrete, tangible form to the idea of “abstraction”, and repeatedly shows how useful it is. It should be every child’s right to “have a go” at programming in school equivalent to activities such as writing a poem, playing sport, learning a musical instrument or drawing a picture.

Initiatives like the EU Code Week provide a focus for schools and young people to have a go at programming, to participate with friends and peers across Europe, to collaborate with each other on exciting and motivating projects, to learn about the technology that surrounds them and perhaps most important to have fun!

Although our journey is far from over, the landscape is quite different now from when we began. What have we learned?